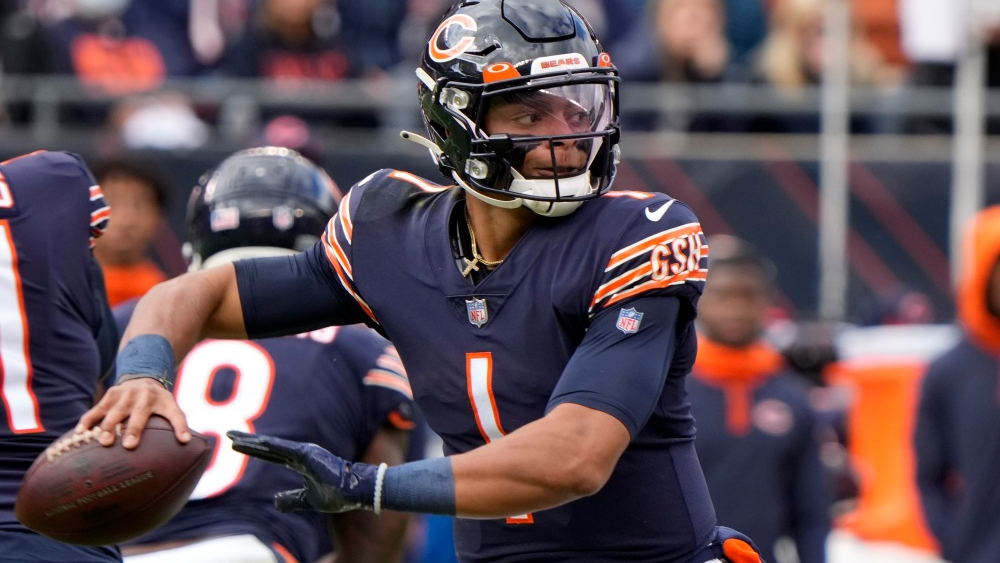 Time to hit those waivers again. We’re really starting to see injuries pile up for top fantasy performers, which makes these decisions even more important. It’s time to shore up the rosters and make that playoff push. Here are my top waiver adds of the week.

We finally saw Justin Fields get involved on the ground on Sunday as he rushed 10 times for just over 100 yards and a touchdown. His passing numbers were fine, but you have an automatic advantage any time you have a quarterback that can be this dangerous on the ground.

JUSTIN FIELDS ARE YOU SERIOUS?! #DaBears

The Colts and Carson Wentz have been struggling most of this season, but this has not taken away from Wentz’s fantasy stats for the most part. He’s now a top-15 option at the quarterback position and will be throwing a lot in most games. Wentz is a good fill-in for byes and injuries, and he should be rostered in more leagues than he currently is.

Ironman Derrick Henry had a serious foot injury this past weekend and will miss most of the rest of the season if not all of it. The Titans elected to sign Adrian Peterson to address their sudden dire need at running back. Jeremy McNichols has been the backup to Henry most of the season, but he is more of a receiving down specialist than a between-the-tackles runner such as Peterson is. Even if Peterson isn't nearly what he used to be, the Titans are likely to feed him a healthy workload most weeks, and this will be great for his fantasy value. Peterson is the priority waiver add this week. 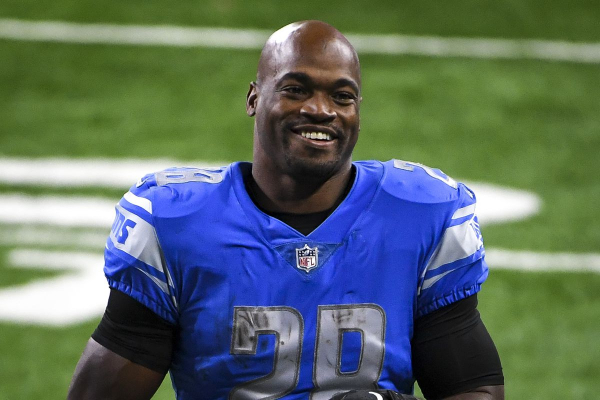 Mark Ingram was traded back to the Saints after a few years on the Ravens and Texans and immediately slid back into his old role in New Orleans. The Saints will likely continue using Ingram on some early downs and as a change of pace back for Kamara, and he should see close to double-digit touches most weeks. Ingram is a great addition and is a flex-worthy player.

With Miles Sanders going to injured reserve, it was the Boston Scott and Jordan Howard show on Sunday. Scott and Howard had an eerily similar stat line as both had 12 carries for around 60 yards and two touchdowns each. I like adding Scott over Howard due to Scott playing 20% more of the offensive snaps and his history of usage as a receiver out of the backfield. I believe Scott is a great flex play while Sanders is out.

Boston Scott rushes in his second of the day as Eagles go up 24-0 https://t.co/0IEeTGy8kw

Brandon Aiyuk finally may be exiting the Kyle Shanahan dog house. Although it wasn’t a great game, Aiyuk had a season-high in targets and receiving yards against the Bears on Sunday. Aiyuk appears to be getting re-integrated in the offense and that will lead to productive fantasy days in the coming weeks.

This looks like the Brandon Aiyuk I saw from last year #Grinding https://t.co/Fjh5l7duOj

Quarterback Mike White had himself a career day against the Bengals, and the Jets’ skill players greatly benefited from it, including Jamison Crowder. Crowder had eight catches on nine targets that he took for 84 yards. His production goes beyond just this week though. Crowder has had at least six targets every game he’s been healthy for this year and is clearly a top receiving option for this offense. Crowder is earning enough targets to garner flex consideration every week. 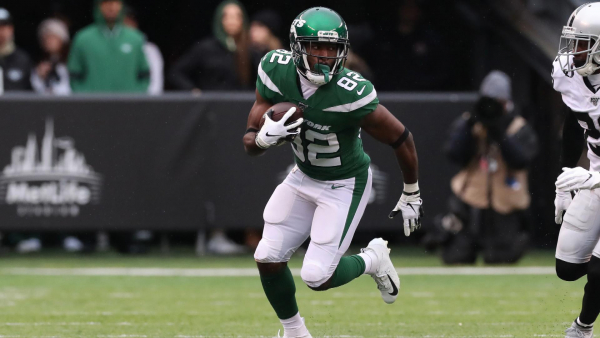 Darnell Mooney instantly became a favorite target for Justin Fields, and this connection has led to a team-high 53 targets and 409 receiving yards for Mooney throughout the season. Mooney has been a bit streaky in terms of fantasy, but it appears that Fields is starting to get his feet under him more and more each week. I believe that the Fields-to-Mooney connection will continue to develop in a positive direction and we’ll see Mooney become a more consistent fantasy option. He’s a great player to add to the end of your bench before this happens. He’s also a flex consideration depending on the matchup.

C.J. Uzomah has carved out a nice role for himself on the Bengals’ offense. He’s established himself as a legit red zone option and is efficient with the targets he receives, shown by his status as a top-12 fantasy tight end. He won’t score touchdowns every week, but he’s fantasy-relevant regardless. 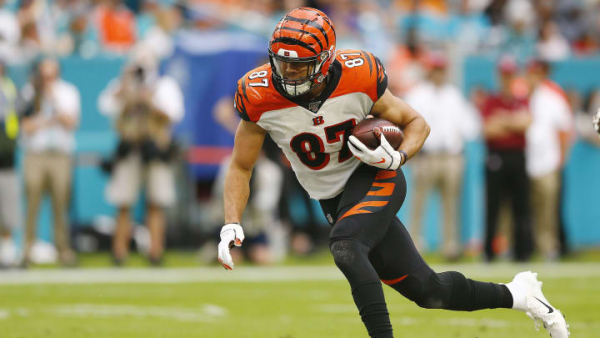 The Pittsburgh Steelers appeared to have found their tight end of the future in the rookie Pat Freiermuth. He was inconsistent for the earlier part of the season, but he appears to be earning a consistent role in the passing game. He now has seven targets for each of the Steelers’ past two games. Against Seattle in Week 6, he caught all seven targets for 58 yards, and against Cleveland this past week, he caught four for 44 yards and a touchdown. He’s had really good fantasy days recently, and I would expect this to continue going forward.

PAT FREIERMUTH ON FOURTH DOWN FOR THE LEAD 🤯🤯🤯pic.twitter.com/cVQwqAWpfJ