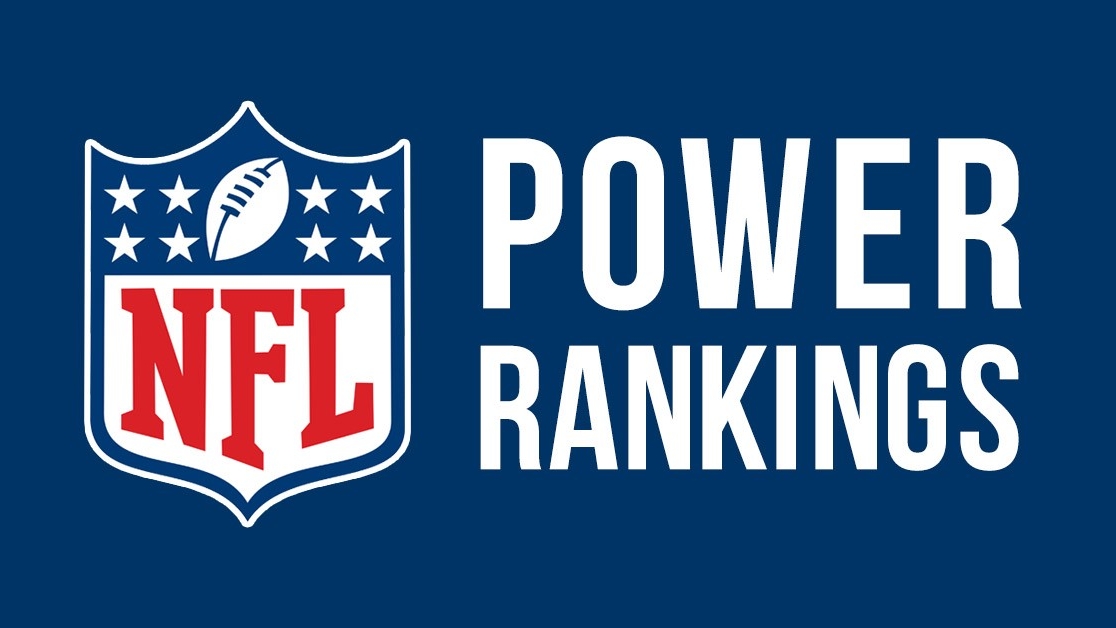 Every week in the NFL is like a surprise party as you never know what your'e about to walk into. For example, I didn't foresee Tampa getting throttled by the Saints in Week 9. I didn't expect Carolina to travel to Kansas City and only lose to the Chiefs by two points. I sure has hell didn't predict the Dolphins to be having the season that their having, so it's fun to keep on top of where the teams stack up against each other in the weekly Power Rankings. I hope you enjoy them and feel free to share your thoughts on where I'm right and especially, where I'm wrong.

1. Kansas City Chiefs (8-1, no change) - The Panthers made it interesting, but the Chiefs still took care of business to remain atop the rankings.

2. Pittsburgh Steelers (8-0, no change) - The Steelers are the only undefeated team left in the NFL and face division foe, Cincinnati in Week 10.

3. New Orleans Saints (6-2, +3) - The Bucs had won three in a row heading into their Week 9 matchup with the Saints, but the Saints laid the smackdown on them, beating them 38-3.

I'm not ready to count Lamar Jackson out yet, and neither should you.

4. Baltimore Ravens (6-2, +3) - Yeah, yeah, yeah...I know Lamar Jackson isn't playing up to his MVP caliber season, but this team is built to win in any number of ways and should be poised for a deep playoff run.

6. Buffalo Bills (7-2, +3) - The Bills have been up and down at times this season, but a 44-34 win over a really good Seahawks team showed us that this team can compete with anyone.

7. Seattle Seahawks (6-2, -3) - Seattle has no time to let the Week 9 loss to the Bills get them down as they now travel to Los Angeles and face the Rams in one of the Week 10 feature matchups.

8. Tampa Bay Buccaneers (6-3, -5) - I don't know what to think of the humiliating Week 9 loss to the Saints. I'm going to chalk it up to a bad game, but I will be watching closely to see how they rebound this week against the Panthers.

9. Tennessee Titans (6-2, +2) - The Titans have been inconsistent this year, but they did what needed to be done as they beat the Bears by a touchdown in Week 9.

10. Miami Dolphins (5-3, +2) - This team continues to impress as they held off a very good Cardinals team for the win last week. Don't look now, but the Dolphins next four games are against the Chargers, Broncos, Jets, and Bengals, which are all very winnable games.

11. Arizona Cardinals (5-3, -6) - Kyler Murray has been absolutely spectacular this year and he couldn't quite pull the win off by himself in a tough loss to the Dolphins. The Cards face the Bills in Week 10, so they have a chance to re-establish themselves as one of the top teams in the league.

12. Las Vegas Raiders (5-3, +2) - The Raiders are another team that has been playing above expectations in 2020 and maybe Jon Gruden was worth all that money after all.

13. LA Rams (5-3, no change) - The Rams had a bye in Week 9 and now face the hungry Seahawks. This will be a real test for them as the Rams five wins have come against the Cowboys, Eagles, Giants, Football Team, and Bears...not exactly the cream of the crop in the NFL.

14. Indianapolis Colts (5-3, -4) - After destroying the Lions in Week 8, I thought the Colts were ready to establish themselves as a team to beat in the NFL. However, they took a step backwards this last week in a two touchdown loss to the Ravens. 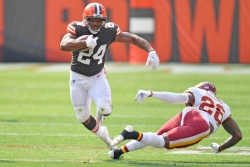 It looks as though Nick Chubb will return in Week 10 . Fantasy players rejoice!

15. Cleveland Browns (5-3, +1) - The Browns are coming off a bye and will hopefully have Nick Chubb back soon, which could put them in good shape in the second half of the season.

16. Atlanta Falcons (3-6 +4) - Atlanta has now won three of their last four (should be four of four if not for the Lions debacle) and look as though they may have turned their season around.

17. Minnesota Vikings (3-5, +5) - The Vikings have now won two games in a row coming off their bye, and look to win their third divisional game in a row as they take on the Bears in Week 10.

18. Philadelphia Eagles (3-4-1, +1) - Coming off a bye, the Eagles would like to put the first half of the season behind them and start fresh in Week 10. They have a good chance to do that as they take on the Giants this week.

20. Denver Broncos (3-5, -3) - While they suffered a loss to the Chargers in Week 9, at least on a positive note, it appears as though rookie, wide receiver Jerry Jeudy is finally starting to come into his own.

22. Cincinnati Bengals (2-5-1, +1) - I'm excited to see what Joe Burrow was able to learn as he comes off a bye week. He will have to have a great game if the Bengals look to upset the Steelers in Week 10.

Christian McCaffrey returned in Week 9 and now it looks like he will miss Week 10 with a shoulder injury. #FrownyFacy

23. Carolina Panthers (3-6, -2) - It was great to see Christian McCaffrey back as Carolina was almost ready to pull off the upset over the Chiefs. Now it looks like he will miss more time with a shoulder injury and the Panthers face a tough Tampa team in Week 10.

24. Houston Texans (2-6, +4) - Houston got a nice win against the Jaguars and now has a chance to turn their season around over the next few weeks as they take on the Browns, Patriots, and Lions.

25. New England Patriots (3-5, +1) - I'm not sure a field goal win over the hapless Jets should be something to get very excited about if I'm a Pats fan.

26. New York Giants (2-7, +3) - Anyone can still win this NFC East division, and if the Giants can duplicate their win against Washington with the Eagles this week, they could actually put themselves in decent shape to make a run for that title.

27. LA Chargers (2-6, -3) - This team is more competitive than their record indicates, and I definitely see them adding a few more wins to their cause as Justin Herbert continues to grow into his role.

28. Washington Football Team (2-6, -3) - Washington suffered a tough loss against the Giants as I thought the Football Team was ready to stake claim as a contender in the NFC East. Hopefully Alex Smith's leadership will help this team perform better in the second half.

29. Dallas Cowboys (2-7, +1) - Dallas played much better than I expected against the Steelers, and while it still ended in a loss, at least it shows me that maybe they haven't quit on the season after all.

30. Detroit Lions (3-6, -3) - As a Lions fan, I'm done with this team. Done. This divorce has been brewing for a long time and was inevitable. They can keep the house. They can keep the car. They can even keep the kids. Just give me the Jack Daniels and we can go about our separate ways. I would like to say it was nice knowing you, but I'd be lying.

31. Jacksonville Jaguars (1-7, no change) - While the Jags didn't win, at least they got a nice performance out of quarterback Jake Luton, and hopefully that brings Jacksonville fans a little ray of sunshine in a season that has been filled with a lot of darkness.