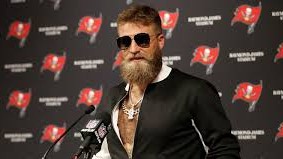 Foles is on a bye, and I’m not sure that you are desperate enough to add him now, but he may be what is needed in the final few weeks to squeak you into playoffs. So keep him on your speed dial as he sees the Colts, Titans, Bucs, Chargers, Raiders, Colts to finish out the season.

I’m not 100% that Brissett sits again this week, but if he does then you get Mr. 3 TD Hoyer against the Miami Dolphins!!! He is definitely worth a spot start pick up and play. Don’t go spending a ton of FAAB, but you could do worse in this situation.

He may be the top waiver add of the week given that Arians finally anointed someone the starter in Tampa Bay. We also knew that Jones has straight line skills, and if he can get the goal line touches and maybe even some targets, then he can be a RB2 rest of season.

In case he was dropped after his disastrous performance two weeks ago you should swoop in an pick up Ty Johnson. With Tra Carson now on IR, it is clear that this is Ty’s backfield. I see him as a middling RB3 or Flex2. But with bye weeks and injuries, Ty should get decent touches even if against a touch Chicago defense.

So… Mark Walton is out for four games. The only options in town are Ballage or two rookies who haven’t played a snap all season. I’m not saying to start him, I’m just saying he will touch the ball.

Second week in a row for High-end Handcuffs (in order):  Alexander Mattison, Tony Pollard, Gus Edwards, Jaylen Samuels (I would rather have all of these guys over Kallen Ballage).

Amendola had a down week, and has to go against the Chicago Bears, but I still like what I have seen from hm throughout the season. He should be rostered in all ppr formats.

Parker has been awesome the last few weeks. I like having him on my teams and have regularly started him. It feels like the twilight zone…. I actually really like the Dolphins schedule and Ryan Fitzpatrick has always been a high variance fantasy QB. The Dolphins quietly have an awesome schedule down the stretch versus: Colts, Bills, Browns, Eagles, Jets, Giants, Bengals.

Dede Westbrook, JAX – Confidence 5-8 He is on a Bye

Remember going into the season how excited we all were for Dede? I thought he was such a steal because Nick Foles should pepper him with targets. Well, guess who is starting week 11? BDN will return and with it my youthful optimism that Westbrook can become the man we always thought he could be. And this time, he gets DJ Chark drawing top coverage!

Stop me if you’ve heard this one before… Herndon may return this week, and once he does I think has a strong shot at weekly top 12 tight end. I have lost all faith in the Jets ability to produce any semblance of a fantasy option, but Crowder has shown up, and so Herndon can too.

Ertz reappeared, but that doesn’t mean that Goedert is going away!

He went 6-95 last week and he has talent, but has never been able to put it together with a QB who actually can ball out if only in spurts. And as I have said before, I actually really like the Dolphins schedule and Ryan Fitzpatrick has always been a high variance fantasy QB. The Dolphins quietly have an awesome schedule down the stretch versus: Colts, Bills, Browns, Eagles, Jets, Giants, Bengals..

Notice how I have said that 3 times? I really want people to see the potential that exists for Fitz, Parker, and Gesicki.