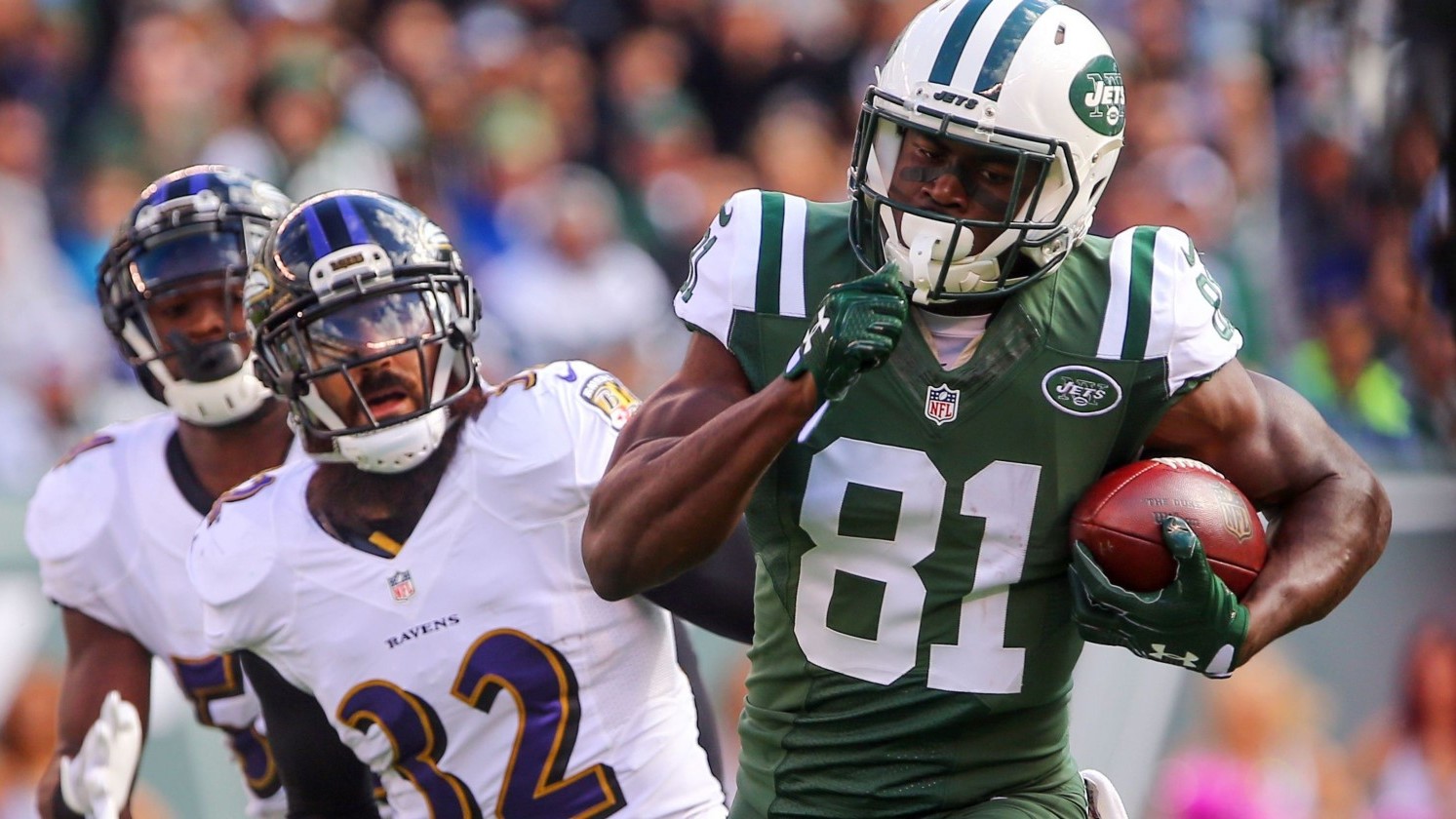 Week 1 is in the books and the overreactions are in full bloom, so before we get to the waiver wire pickups here is a list of players you should not be dropping after a poor Week 1 performance.

Now let’s move on to some players you will want to try and grab heading into Week 2.

Ryan Fitzpatrick, Bucs – Fitz once again showed some magic in Week 1, something he has done throughout his career. If you are desperate at QB Fitz may be a good rental, as long as you remember there is still a good chance he will only be viable for 2 more weeks. Of course, with 2 more games like he had in Week 1, that might change as well.

Tyrod Taylor, Browns – Taylor got off to a horrible start in this one but came on in the second half including that nice 20-yard rushing TD to start the third quarter. This is where Taylor gives an edge and will usually get you additional points as he did run for a total of 77 yards. Taylor is a mid-tier QB2, but will occasionally have some big weeks thrown in.

Case Keenum, Broncos – Keenum did throw 3 interceptions in this one, but he also threw for over 300 yards with 3 touchdowns. He has 2 very good receivers in Emmanuel Sanders and Demaryius Thomas, plus upcoming rookie Courtland Sutton to work with and some nice matchups coming up and should definitely be rostered in most 12 team leagues. He may not be an every week starter, but he is definitely worth considering when he has a good matchup, as he does in Week 2 against the Raiders.

Joe Flacco, Ravens – Flacco looks like he is not ready for it to be Lamar Jackson time. He only threw for 236 yards, but he threw 3 touchdowns with no interceptions and his touchdowns all came to his 3 new receivers. Plus he was rested most of the 4th quarter because of the big lead. Look for Flacco to continue to play with a chip on his shoulder, but he is not someone you can count on every week, but he is a nice streaming option if he continues to play this week.

Chris Thompson, Redskins – Thompson may not think he is fully healthy but you can’t tell that from his Week 1 play. He not only rushed 5 times for 65 yards, but he caught 6 of his 7 targets for an additional 63 yards and a touchdown. In the air is where he will do the most damage, so any additional rushing yardage is pure gravy. If he is available in your league, grab him.

Isaiah Crowell, Jets – Crowell didn’t even get the start, but he came up big with 10 carries for 102 yards and 2 touchdowns. Most of his yardage came with a 62-yard touchdown run late in a blowout game, so don’t expect this stat line every week, as he will be mainly game flow dependent each week.

TJ Yeldon, Jaguars – Yeldon is still behind Leonard Fournette, but as we saw in Week 1 Fournette definitely has some injury concerns. With Fournette sidelined in this one with a hamstring injury, Yeldon stepped in and ran for 51 yards on 14 carries and added 3 catches for 18 yards and a touchdown. If you are a Fournette owner and didn’t back him up with Yeldon before, it is a must do now.

Phillip Lindsay, Broncos – Lindsay played more snaps than Devontae Booker and had a carry or target on 69.2% of his snaps (18/26), the most of any RB getting 15 or more touches. (hat tip to Rich Hribar (@LordReebs) for this one) He ended the day with 15 carries for 71 yards and 2 receptions for 31 yards and a touchdown. I don’t expect him to overtake Royce Freeman as the starter, but there is a better than good chance that he overtakes Booker as the backup.

Jalen Richard, Raiders – Richard never even saw the ball until late in the second quarter, but when he did come in he gave the Raiders a little jolt. Lynch is definitely their starter, but if they are playing from behind or in a hurry up offense expect to see more of Richard. He only rushed 5 times for 24 yards, but he had the second most targets, only behind TE Jared Cook, with 11 and 9 of those became completions for an additional 55 yards. He may be game play dependent, but after watching this team in Week 1, they may be playing from behind a lot.

Jarvorius (Buck) Allen, Ravens – Allen was one of four Ravens with 6 targets from Joe Flacco and while he converted 5 of them he only had 15 yards receiving. Fortunately, he did add 4 rushes for 17 yards and a touchdown to make him fantasy viable. The bigger story here is that backup RB Kenneth Dixon suffered a knee injury late in this game and he may miss some time. If he misses more than a game or 2 then Allen should see more work going forward.

Nyheim Hines, Colts – After a terrible preseason most had written Hines off, myself included, but in Week 1 he showed that he will still be a part of this passing offense, especially with the new look dink and dunk QB Andrew Luck. Luck targeted Hines 9 times in this matchup with Hines grabbing 7 of them for 33 yards. He also added 5 runs for 19 yards, but the good thing is that the return of Marlon Mack should not affect Hines much at all. Hines is only a pickup in PPR leagues.

Austin Ekeler, Chargers – Ekeler had a big game in Week 1. Before he got hurt in the final two games last year he was averaging about 8 touches a game and managed to turn that into decent backup numbers. In this game he had 5 rushes for 39 yards and added another 87 yards and a touchdown on 5 receptions. He should be added in all 12 team leagues, but he will be hit or miss each week unless Gordon goes down.

DeSean Jackson, Bucs – DeSean looked like the DeSean of old in this matchup. He was quick and explosive and has a QB who is not afraid to fling the ball down the field. He was only targeted 5 times, but he caught all 5 for 146 yards and 2 touchdowns, which was almost 3. He has always been a big play receiver who can take the top off the defense and he still has that talent. Unfortunately, late in the game he suffered a concussion, so he may miss some time.

Ted Ginn Jr., Saints – Ginn showed that he is still the other WR to own in the Saints group. He was still the third option in the passing game behind Michael Thomas and Alvin Kamara, but he turned his 6 targets into 5 catches for 68 yards and a touchdown. As always with Brees he likes to throw the ball to many receivers, so every week it’s a crapshoot, but if you drafted Cam Meredith, time to drop him and grab Ginn.

Phillip Dorsett, Patriots – And the Bill Belichick train keeps a rolling… While the Texans where concentrating their defense on Gronk (fuhgeddaboudit) and Hogan, Dorsett turned his 7 targets into 7 receptions for 66 yards and a touchdown. As with almost every player in NE he will have games like this, but there will be more where he does absolutely nothing.

Quincy Enunwa, Jets – Enunwa led the Jets with 10 targets. In fact he was the only Jets player to have more than 3 targets. He turned that into 6 receptions for 63 yards and a nice touchdown in which he fought several defenders to get in. I still expect Robby Anderson to be much more involved in Week 1, but it sure like Enunwa may become rookie Sam Darnold’s go to guy.

Willie Snead, Ravens – Snead led all Raven’s receivers with 4 catches for 49 yards and a touchdown. I know the numbers aren’t much, but Flacco spread the ball around and most of the starters sat in the 4th quarter of this blowout. Snead will not be an every week producer, but he should be a decent flex play or bye week fill in as needed.

Cole Beasley, Cowboys – Beasley was the only bright spot in the anemic Cowboy passing game in Week 1. He was targeted 8 times and converted 7 of them into 73 yards. Beasley is not much of a touchdown threat, but if his targets remain high he could lead this team in receptions. Allen Hurns and Michael Gallup only saw a combined 4 targets. While I expect this number to increase, Beasley may be the guy Dak looks to when he needs a completion.

Brandon Marshall, Seahawks – Marshall was targeted 6 times and only caught 3 of them for 46 yards, but he salvaged his day with a touchdown. With the chance that starter Doug Baldwin missing time, Marshall should become a bigger part of the passing game, especially in the red zone. He should be owned in all 12 team leagues.

Mike Williams, Chargers – If there is a chance you have yet to hear me scream his name like I’ve been doing all preseason, listen now. Mike Williams is for real. He started behind Tyrell Williams, but after Tyrell dropped a perfect TD pass right in his hands in the end zone, Mike started to get more love from Rivers. Mike finished the game with 5 catches for 81 yards. He ran sharp routes and created separation at critical points in his routes. Look for him to become an integral part of this offense opposite Keenan Allen.

Dante Pettis, 49ers – Pettis only caught 2 passes for 61 yards, but one was a 22-yard touchdown. The bigger news in this story is whether Marquise Goodwin will miss any games after suffering a deep thigh bruise in Week 1. The other side is if Pierre Garcon continues to play as poorly like he did in this one Pettis may see more time.

Jared Cook, Raiders – Cook was targeted 3 times as often as the top targeted wide receiver. He was targeted 12 times to Jordy Nelson’s 4 and Cook turned that into 9 receptions for 180 yards. Only once in his career has he caught 8 passes and 180 yards was his highest yardage total as he heads into his 10th season. Cook will be up or down as he has been his whole career, so don’t be fooled by this great game, but if you drafted Greg Olsen (injury), Delanie Walker, Cameron Brate or Mike Gesicki, Cook may be a better option now.

Will Dissly, Seahawks – Dissly was the third best TE in PPR scoring in Week 1, but can he do it again? Dissly is mainly thought of as a blocker but with starter Ed Dickson missing time (a lot of it) due to injury Dissly became viable in Week 1. He caught the defense by surprise and may not have that chance again. Defenses will have to at the very least keep an eye on him until Dickson comes back. I wouldn’t spend a lot of your FAAB budget on him.

Jesse James, Steelers – Vance McDonald was the TE everyone liked early in the preseason until an injury took him out of the discussion. He may be close to returning after practicing last week in a limited fashion. James did have 5 targets in this game, converting 3 of them into 60 yards, but with McDonald looking closer to being back it will be hard to count on James once that happens.

That’s it for this week folks, we will be here every Tuesday for the next 16 weeks to bring you new names to ponder each week. Good luck in Week 2.

For some other entertainment, please check out The WTF! Fantasy Football Podcast where I am joined by Tony Cincotta and our new co-host Brian Drake every Wednesday night at 9pm est live.