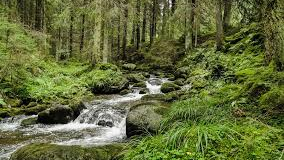 Does your league allow for daily roster moves? If so, this article is for you! Each week I will be highlighting some good pitching matchups of pitchers who are likely still available in standard sized, or even some deeper leagues. I will be doing one on Sunday with games from Monday through Thursday, and then another on Thursday with games from the weekend.

Why is this important? If you can stream pitchers successfully, you have a better chance of racking up the counting categories like wins and strikeouts, while not punishing your ERA and WHIP. This strategy does come with a bit of risk as these are typically more volatile pitchers which could end up destroying you if not done properly. However, if like to roll the dice looking for that big payday, make sure to check back regularly for my suggestions!

It will be interesting to see if Marco Gonzalez can develop into the pitcher we thought he could be, when he was taken as a first round draft pick.

A former first round pick in 2013, Marco Gonzalez has been plagued by injuries during his short career. He dealt with shoulder issues in 2015 and followed that up with Tommy John surgery on his elbow in 2016. The former top 100 prospect is now looking to prove his worth and he is facing the Royals on Monday, who have scored the fewest runs in Major League Baseball to date.

Tyler Skaggs has been impressive through his first two starts of the season as he's gone 11 innings, giving up only two earned runs, with a 10:2 strikeout to walk ratio. He seems to have brought back a sinker to repertoire, which he hasn't used significantly since 2014. If he's available in your league, get him in your lineup on Tuesday.

Out of all the pitching streaming options this week, Nick Pivetta may be my favorite of them all.

Not only should Nick Pivetta be a good streaming option for Wednesday, but Paul Martin over at the Pitcher List, makes a very good case (you can find it here) as to why you should spend some of your FAAB budget on acquiring him for the long haul. So far this season he's struck out 12 batters in 9.2 innings and has a nice matchup with the Reds on Wednesday that you can look to exploit.

There are only eight games being played on Thursday, which leaves slim pickings when it comes to streaming pitchers. About the only one I like is Chris Stratton from the Giants going against the Padres. San Diego is second in the League in strikeouts this season, in the bottom third in runs scored, and Petco Park is a favorable park for pitchers. All signs point to Chris Stratton being a good play on a light day for baseball.