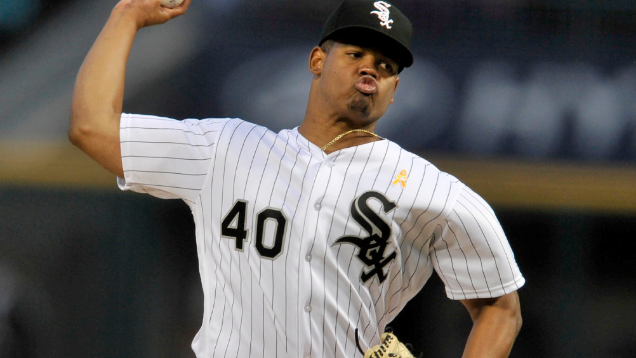 We are entering Week 3 in fantasy baseball and it's nice to finally be getting in a groove. It was a little choppy to start the season with Week 1 starting on a Thursday, so my OCD really appreciates being back on a Monday through Sunday schedule. Don't do this to me again MLB.

Anyways, it's time to look at the week ahead and see if there are some good options to stream pitchers on the horizon. About half of the leagues I'm in allow for daily roster moves, so if you are in the same type of league, let's try and rack up some wins and strikeouts, without killing your ratios. I will be posting my picks for Friday through Sunday on Thursday, but before I do that, let's take a look at how I did last weekend.

After going 3-1 in my Early Week Edition last week and 2-0-1 in my Weekend Edition (I will concede a draw on Steven Matz), I finished Week 2 with a record of 5-1-1. Considering I am targeting pitchers that are owned in less than 50% of leagues on Yahoo, I will happily take this result. Let's carry this into Week 3!

White Sox youngster, Reynaldo Lopez is off to a fantastic start as he has only given up one earned run over 13 innings pitched in his first two outings. He's walked a few more batters than I am comfortable with (7), but he's playing very well and will be pitching in a pitcher friendly park in Oakland on Monday night. He should be on all rosters in 12 team leagues and is a fantastic streaming option to kick off the week.

Get Nick Pivetta on your roster for heaven's sake!

Not only is Nick Pivetta a great streaming option this week, but this guy should be owned in WAY more than a third of leagues on Yahoo. In three outings so far this young season, Pivetta has struck out 19 batters in 16.2 innings while only walking two. He has a 2.70 ERA, 0.96 WHIP and his FIP and xFIP are showing he's pitching even better than those numbers suggest. I don't necessarily like the matchup against the Phillies, but Pivetta is pitching very well and needs to be started during this hot streak.

While I don't necessarily think it will last, Andrew Triggs is red-hot and has a positive matchup against the White Sox on Wednesday night. In three contests, he's striking out over a batter an inning, has a 2.87 ERA and is battling the White Sox, who is 26th in the League in runs scored (26). Fire him up with confidence this week.

I honestly don't like any of the low owned pitching options on Thursday. I don't want to give you a name I don't feel confident about, so chill out and take a break from streaming pitchers, and enjoy watching the games with an ice cold brewski. I don't feel good about typing the word brewski...