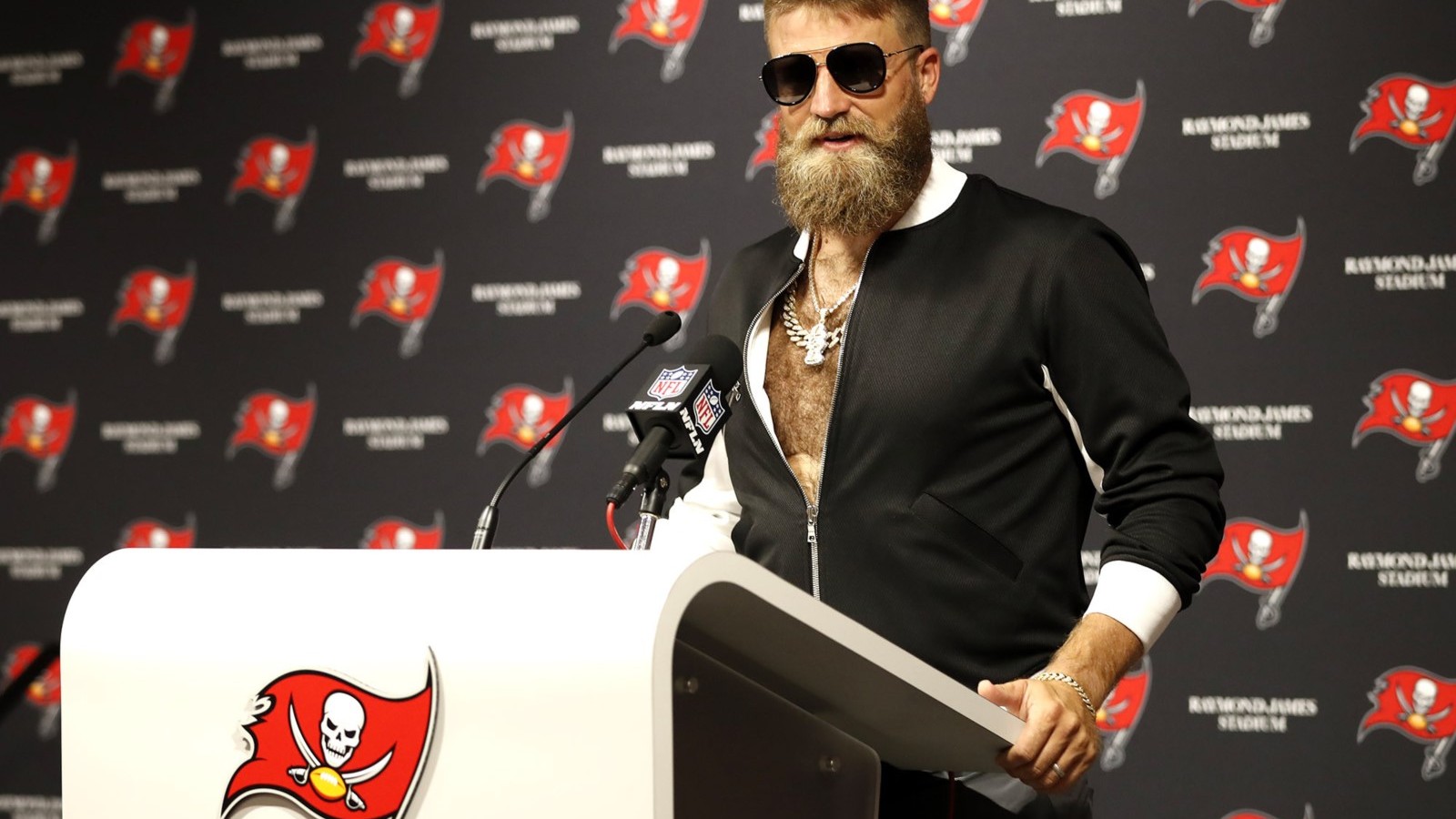 Already we are through 2 weeks of the season and the crap is hitting the fan. So many players not living up to expectations, including many big names and of course there are always others that crawl out of the woodwork and become viable fantasy options each week. Trying to figure out when to abandon someone you drafted and grab a player off the waiver wire is always the toughest part of this game.

But do it we must…..at least sometimes…

Below are some players that may be available in your league and if you need the help, they could be the next big thing, or the next big turkey. Let’s see if we can separate the wheat from the chaff.

First here is a list of players I would not drop yet:

Let’s get into some players that may still be available in your leagues:

Ryan Fitzpatrick, Tampa Bay – Ok maybe it’s time to start believing. Through 2 weeks he is the top scoring QB, but of course the shadow of Jameis Winston looms over him. He has one more game where he doesn’t have to worry but after that it’s anyone’s guess what this team does, but if they are 3-0 because of him it will be hard for them to sit him. But you just never know.

Joe Flacco, Baltimore – If Baltimore knew that all they had to do was draft a young QB to get Flacco to play good ball again I’m pretty sure they would’ve drafted one 5-6 years ago. He is inside the top 10 QBs right now and the kicker for me is that he faces KC and TB in weeks 14 and 15. Might be a very sneaky play in playoff time.

Andy Dalton, Cincinnati – Dalton is coming off a 4 TD performance, all of which came in the first half against a tough Baltimore defense. He has two tough matchups the next two weeks, having to travel to Carolina and Atlanta, but then he gets a nice stretch including Miami, Kansas City, Tampa Bay and New Orleans. Having AJ Green always helps. Andy Dalton has now played 16 games under Bill Lazor. In that time frame, only Russell Wilson and Tom Brady have more touchdown passes than he does. (Hat tip to the great Matthew Berry for that stat).

Austin Ekeler, Los Angeles Chargers – Ekeler continues to be a big part of this offense, playing in 41% of the snaps in Week 2, just 13 snaps fewer than Todd Gurley. He has caught all 8 of his targets for 108 yards and a touchdown, plus he has rushed 16 times for 116 yards, so far on the season. With so many underperforming RBs, he gives you a nice safety blanket on your bench and right now is a solid flex play.

Jarvorius Allen, Baltimore – Buck Allen is not only the receiving back on the Ravens, he is also the goal line back. That is very rare, but a great combo for his fantasy chances. He has scored rushing TDs and caught 5 passes in each of the first two games. He has the Broncos this week, but then has some nice matchups after that. He needs to be owned in all 12 team leagues.

Phillip Lindsay, Denver – It’s time to start believing in the little fire plug. He is currently third in the league in rushing yards with 178 yards at a 6.1 yards-per-carry clip. He also has a receiving touchdown. He should be owned in all 12 team leagues right now.

Matt Breida, San Francisco – Breida put up an excellent game in Week 2 with 11 carries for 138 yards and a touchdown, plus he caught 3 of his 4 targets for another 21 yards. Unfortunately, this is still very much a timeshare with Alfred Morris. Morris actually played 4 more snaps than Breida and this will most likely come down to game day script each week as to who does better.

Nyheim Hines, Indianapolis – Many, myself included, wrote Hines off after a terrible preseason, but through two weeks he has been involved in both games, playing over 40% of the snaps in each game. He won’t be someone you can count on every week, but there will be many weeks that the all new “Dink and Dunk” Andrew Luck dumps it off to him.

Giovani Bernard, Cincinnati – Bernard will get the start for at least the next two weeks after Joe Mixon had a cleanup surgery on his knee. In 46 career games with at least 12 touches, Bernard has averaged 16.4 PPR points on 16.6 touches per game with an average line of 88 total yards, 5.2 catches, and 0.39 TD. (hat tip to @4for4football for that one) He has Carolina and Atlanta the next two weeks and should see at least 12 touches in each. Just remember this may be a short term rental.

DeSean Jackson, Tampa Bay – After his big game in Week 1 it seems owners were concerned that his injury would keep him out of Week 2, so Jackson is still available in a lot of leagues. Look he currently has the most receiving yards in the NFL but is catching his passes at an absurd pace of 30.6 yards-per-reception. This is not sustainable. Look at it this way: He has more yardage with 9 receptions then Michael Thomas has with 28.

Mike Williams, Los Angeles Chargers – If you read my articles or listen to me on the radio or my podcasts you know I love Mike Williams and expect huge things for him. So that makes me want to ask you, how the hell is he still available in so many leagues? In Week 1 he put up 13 fantasy points in only one half and then caught a TD early in the second game before a blowout took him out of the game plan. Each week I expect him to be a bigger part of this offense and more TDs are definitely coming. Get him now.

Calvin Ridley, Atlanta – After doing nothing in Week 1 Ridley finally got some love from Matt Ryan in Week 2 with 4 receptions for 64 yards and a touchdown. He has played in over 50% of the snaps each week, so his playmaking ability should continue to get him more chances. Ridley offers upside than Mohammed Sanu does not.

John Brown, Baltimore – Brown saw 10 targets in Week 2 and played on 80% of the offensive snaps. He only caught 4 of the 10 but they went for 92 yards and a touchdown. As long as he can stay healthy we know Flacco has the arm strength to get it to this speedster.

Antonio Callaway, Cleveland – With yet another surprising twist in the Josh Gordon saga he is gone from the Browns and Callaway has moved into a starting role. He played 81% of the offensive snaps this past week and caught 3 of his 4 targets for 81 yards and a touchdown. He showed some great playmaking ability in the preseason, but because these are the Browns you have to wonder when they suspend him.

Willie Snead, Baltimore – Snead is third in the pecking order behind Crabtree and John Brown, but he has still scored double digit fantasy points in both games. He is a good bench player to have for bye weeks and any future injuries to John Brown (shhhh…).

Tyler Boyd, Cincinnati – Boyd continues to play more snaps than John Ross despite all the preseason hype that Ross received. He had a very strong Week 2 with 6 receptions for 91 yards and a touchdown on 9 targets. He is another who will be hard to trust from week to week, but he should make a nice bye week or injury filler.

Kamar Aiken, Philadelphia – Aiken was signed last week and ended up playing 72% of the snaps this week. With Mike Wallace looking to be out for a while, Aiken could carve out a decent role here, but buyer beware that the team still worked out Jordan Matthews this week and Alshon Jeffrey could be back real soon.

Eric Ebron, Indianapolis – Ebron continues to play far less snaps than Jack Doyle, but he has scored in both games. He only has 7 catches for 77 yards on the season, but those 2 touchdowns put him at number 7 in PPR leagues. It’s hard to count on those low snap numbers continuing to lead to double digit fantasy scores, so buyer beware. There are definitely some bad games ahead.

OJ Howard, Tampa Bay - Howard continues to play twice as many snaps as Cameron Brate, and it showed this week when he hit on a nice 75-yard touchdown. He finished with 3 catches for 91 yards and the touchdown. He will be hit or miss each week, but so there have only been 3 TEs that have given you double digit fantasy scores in both weeks, Dissly, Ebron and Jordan Reed. Bet you never saw that coming. I know I didn’t.

Will Dissly, Seattle – Most of us dismissed Dissly as a one-week aberration, but he continued to show in Week 2 that he is the tight end to own in Seattle. He played 71% of the offensive snaps to Nick Vannett’s 39%. Wilson seems to trust him and just missed him on a couple of mid-range plays that would’ve increased his scores. With no real running game going for them, look for Wilson to continue to try to get the ball to Dissly.

Jesse James, Pittsburgh – James had the best week of all TEs in Week 2, scoring 24.8 pts in PPR leagues. His stat line of 5 receptions for 138 yards and a touchdown was a steal in DFS tourneys if you tried to pivot away from the chalk. He is still in a time share with Vance McDonald since McDonald only played 8 less snaps. There is a very good chance that each week it could be a different TE involved in the game plan. Buyer beware.

Austin Hooper, Atlanta – Hooper played exactly 84% of the offensive snaps in both games so far. He didn’t do much in Week 1, but in Week 2 he got into the action catching all 5 of his targets for 59 yards and a touchdown. In two of the next 4 weeks he gets two very nice matchups against Cincinnati and Tampa Bay. He won’t get you there every week, but he has the upside to be owned in all 12 team leagues.

That’s it for this week folks, good luck in all your games and you can find me on Twitter @Fantasytaz.

For some other entertainment, please check out The WTF! Fantasy Football Podcastwhere I am joined by Tony Cincotta and our new co-host Brian Drake every Wednesday night at 9pm est live.