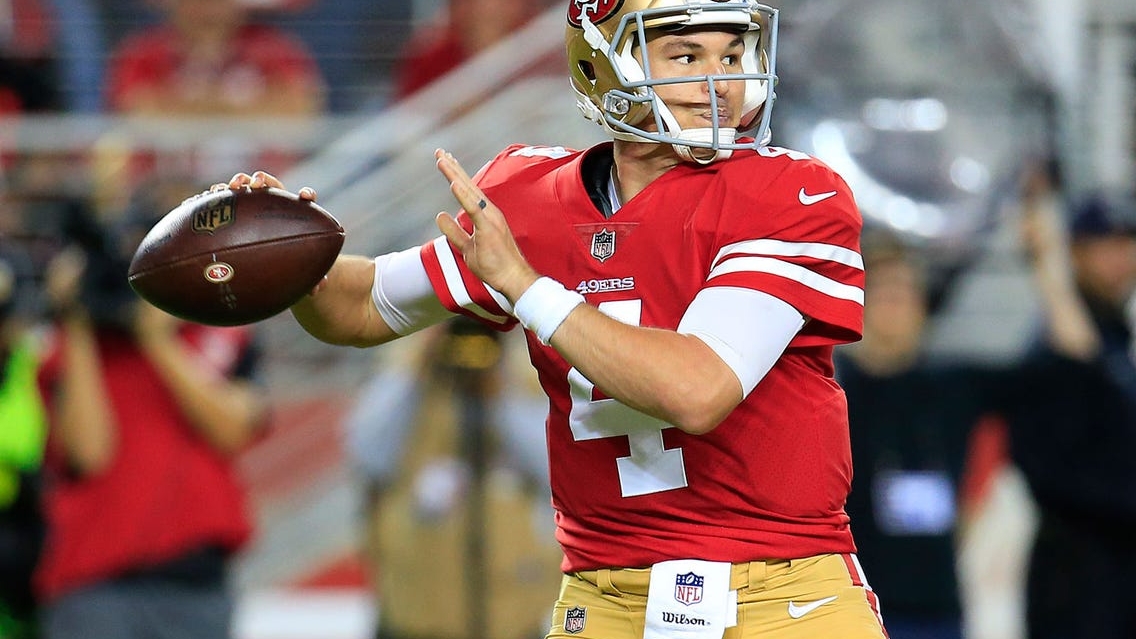 Week 4 is a whole new world for us in fantasy football. Between all the insane injuries and all the positive Covid-19 cases, this is a week you may be forced to throw a Hail Mary in at least one of your fantasy leagues. Suppose you are panicking, especially after the news that Cam Newton tested positive. There are still decent amounts of options on waivers or on your bench that could suffice as replacements when in a jam. 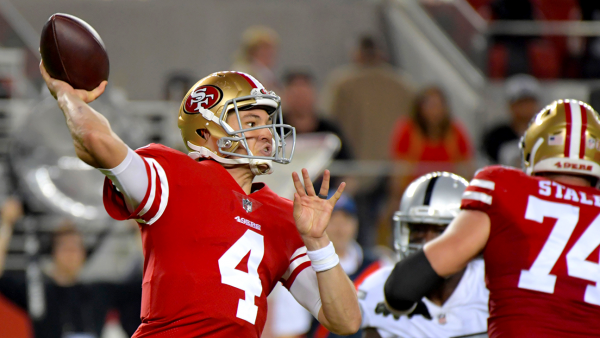 Jimmy Garoppolo will be out for yet another game with a high ankle sprain. Nick Mullens has shown he has what it takes to lead the San Francisco 49ers to victory. Last week, he completed 25 of the 36 passes he attempted. That is a 69.4-percent completion rate for the usual backup quarterback in San Fran.

In Week 3, Mullens tossed the pigskin for 343 yards, ninth highest in three weeks of NFL play. Even though he put up numbers in the passing game, he only threw one touchdown. Now that George Kittle (tight end) and Deebo Samuel (wide receiver) are back in action, Mullens should connect on more touchdowns. Raheem Mostert will not be active again in this game, but running back Jerick McKinnon is. McKinnon can do work on the ground or the passing game, so Mullens has yet another weapon at his disposal.

Last week, Mullens faced a pathetic New York Giants defense. In Week 4, Mullens and company will face a better Philadelphia Eagles defense, but one that still has a weak secondary. Head coach Kyle Shanahan has stated Mullens has looked "crisp" this week in practice, so look for that to bleed into the actual game. Mullens is a nice plug and play for the fourth week, especially in 2QB and Superflex leagues. 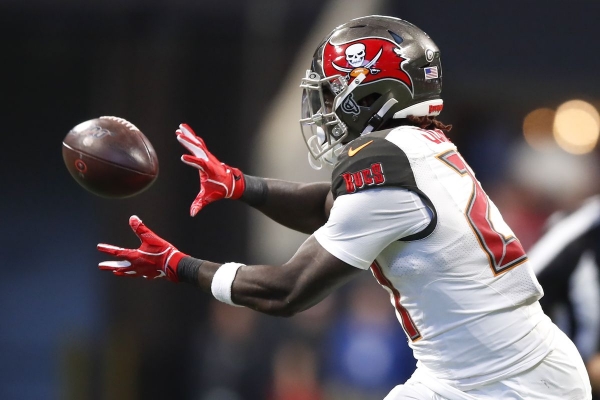 Well, Leonard Fournette has been ruled out for Week 4 with an ankle injury. This absence makes a murky situation in Tampa Bay a lot clearer for the upcoming week. Ronald Jones will be the man, taking almost sole responsibility for the Buccaneers' running back position in Week 4.

This week, Jones is in more of a difficult situation than he has seen. He takes on the Los Angeles Chargers who have yet to allow a running back to score a rushing touchdown this season. Fournette will not be in the way of touches this week, so even though the situation seems tricky, the opportunity to score will be there.

In three games this season, Fournette has seen 31 touches and seven catches. Those stats should trickle down and help Jones out this week. LeSean McCoy is in Tampa Bay as well, but he does not worry me (not only this week, but in general). Jones has seen 43 touches this season to nine touches seen by McCoy.

Jones has hauled in six-of-nine passes this season while averaging only 3.8 yards per carry. This contest in Week 4 should see an uptick in Jones' stats. This matchup could be the game he goes for 100 or more yards. Feel confident starting him this week, especially with all the pandemic and injury worries. 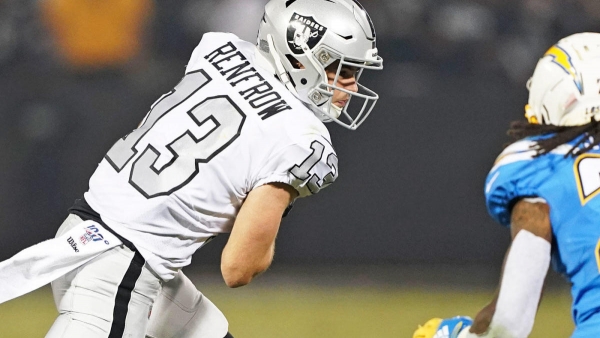 Hey, I was recently touting the slot receiver position for fantasy purposes. If ever in a pickle, slot wideouts can pull you out of a jam. This week, Hunter Renfrow is the guy I would keep in mind. He will be the number one wide receiver for the Raiders this week. Henry Ruggs is sidelined with a hamstring injury, and Bryan Edwards out with an ankle injury.

Last week versus New England, Renfrow led the team in yards with 84 and caught six passes. He also put up a touchdown. Look for similar, if not better, things to happen with Renfrow this week when he faces the Buffalo Bills.

Quarterback Derek Carr should be looking in both tight end Darren Waller and Renfrow's directions as the only real receiving options in this game. Over the last two weeks, Renfrow's snap count has continued to go up, so the trend should continue in Week 4. He is a pretty solid fill in for this week. 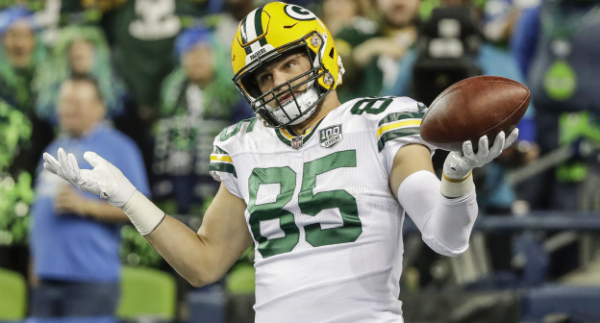 Okay, please hear me out. I told my wife I would give her credit because she said Robert Tonyan is a tight end to start this week. I looked into him because he isn't a guy you hear a ton about, but you really should. Versus the Saints, Tonyan had 50 yards on five catches while scoring a touchdown. He has now scored in back-to-back games.

Devante Adams is playing this week, but his hamstring injury has caused him to miss plenty of practice. Wideout Allen Lazard is now out with a core injury, which frees up more opportunity for Tonyan. The tight end position is not one that has a track record of being a favorite of quarterback Aaron Rodgers, but this has been changing with Tonyan in the mix.

Tonyan faces the Atlanta Falcons this week, a defense allowing the tight end to score in each season's game. Greg Olsen, Dalton Schultz, and Jimmy Graham have all scored a touchdown against the Falcons this year. Tonyan should see a score as well. He is on the highest-scoring team while playing a group known to be insufficient against the tight end. This situation is a recipe for success for Tonyan.

Remember to give me a follow on Twitter at @thekaceykasem
You can check out my new podcast, Get Real with Kacey Kasem, on streaming platforms and follow on @getreal_pod