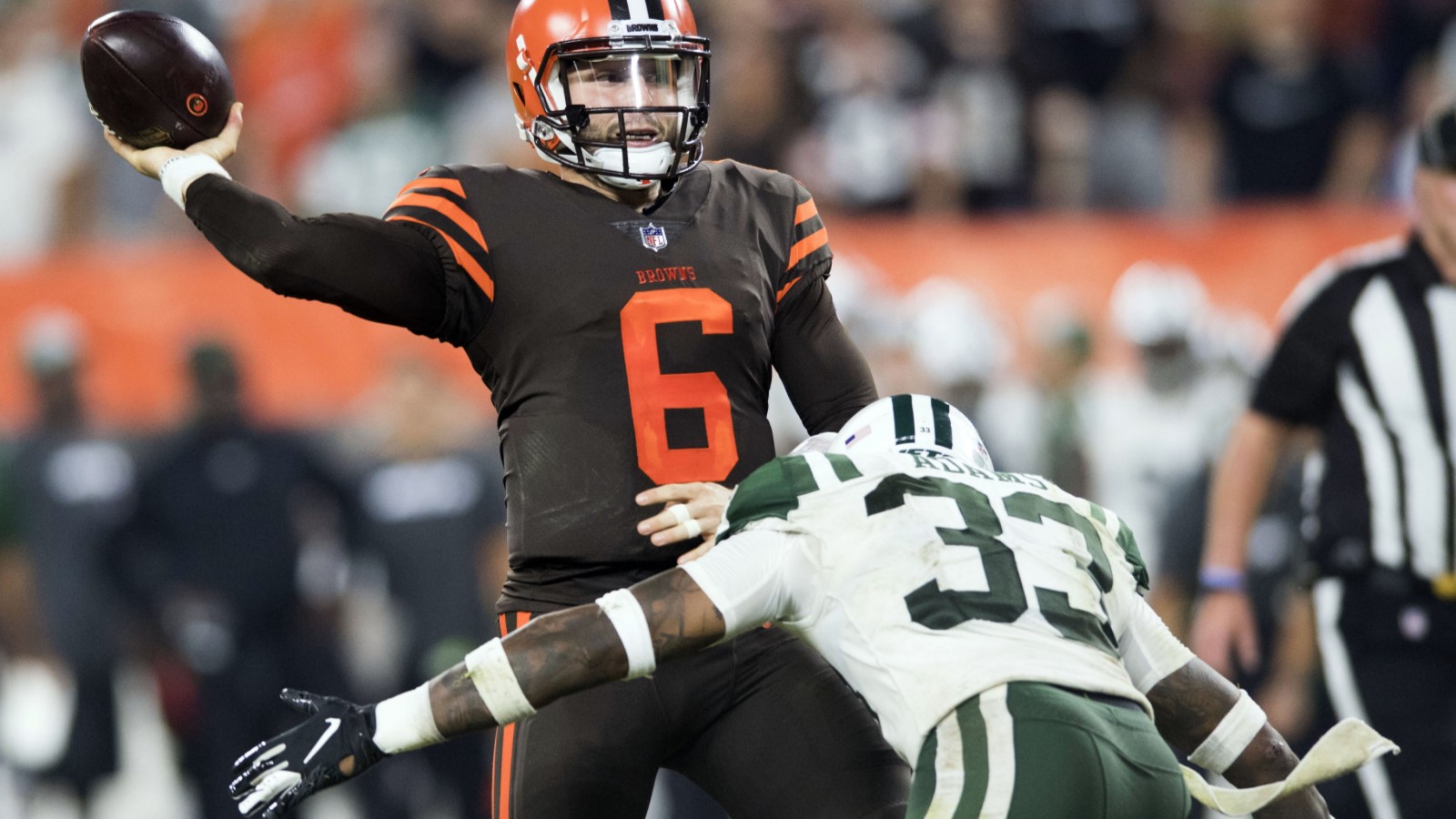 Another crazy week in the books. Of course we all expected Buffalo beating on the Vikings in Minnesota and Josh Allen playing like a future Hall of Famer, well almost anyway, lol. The one thing you have become accustomed to if you have played this game for a while is that nothing about it is logical. Just when everything says to zig, football zags. Then when you add in that head coaches just love to screw over fantasy owners. How else can you justify Chris Conley having 2 receiving TDs already while Sammy Watkins only has 1?

But those are the things that bring us here. Trying to determine which of these players coming out of the woodwork are actually worth your time is you will find in this article. I will recommend who I would pick up and then give me my Confidence Level in how they will do moving forward.

First, here is a list of players I would not drop yet:

Andy Dalton, Cincinnati – If you were one of the unfortunate owners that was running with Garoppolo as your starting QB then Dalton could be the best option left for you on the waiver wire. Even with 4 interceptions in his last game he still put up over 20 points for te second week in a row. He has thrown for 8 TDs in only three weeks and is averaging 286 passing yards a game. He has a great string of games coming up against defenses that have allowed a lot of points to opposing QBs including Atlanta, Miami, Pittsburgh, Kansas City, New Orleans and Tampa Bay.

Eli Manning, NY Giants – After two very bad weeks, most that drafted him probably dropped him, but he went into Houston and had a very strong game. He completed 25 of 29 passes for 207 yards and 2 touchdowns with no interceptions. He won’t do this very week, but he does have a plus matchup this week against a Saints team that is 32nd against opposing defenses and is one of only two defenses that have allowed 10 passing TDs so far.

Baker Mayfield, Cleveland – Mayfield came into a game that the Browns were losing against the Jets and brought them a victory and while he didn’t throw a TD pass, he gave this offense a spark. He completed over 73% of his passes and threw for 201 yards. He has some very nice matchups coming up including the Chargers, Bucs, Steelers, Chiefs and Falcons. He is still a rookie and will make some mistakes, but the upside is there.

Josh Allen, Buffalo – Allen led Buffalo to one of their biggest upsets in history. They were 17-point underdogs to Minnesota and they won 27-6. While he had an okay day as a passer, completing 15 of 22 passes for only 196 yards and one touchdown, but he more than made up for it by rushing for another 39 yards and 2 touchdowns. He doesn’t have the easiest schedule moving forward, so don’t expect these numbers every week.

Jarvorius “Buck” Allen, Baltimore – Allen hasn’t done much when it comes to yardage having amassed a total of 102 yards through 3 games, but he has 13 receptions and 4 touchdowns, and he has finished each week with double digit scores. So far on the season he is inside the top 12 scorers at the position, but he is very touchdown dependent, which is very hard to count on. With all the under-performing RBs out there it’s hard to turn away from Allen, but just realize there will be weeks where the TDs don’t come and he will put up duds. He does have some decent matchups ahead so grab him while you can and hope the TDs continue.

Nyheim Hines, Indianapolis – Even in a terrible backfield Hines isn’t getting many chances to run the ball, but he does have 15 targets in 3 games. He has converted 13 of those passes into 56 yards and has added 44 yards and a touchdown on the ground. I expect the loss of Jack Doyle for several weeks will help Hines in Indy’s new short passing game and will make him a decent bye week filler.

Tavon Austin, Dallas – In leagues where he can be used at RB he has scored in the past two weeks. He is a gadget player that will have some decent weeks, but there are also plenty of weeks ahead where he gives you absolutely nothing. It will be very hard to have faith in him week in and week out.

Chris Ivory, Buffalo – With LeSean McCoy sidelined with a rib injury, Ivory took the lead against a very tough Minnesota run defense and showed that he still has some life left in his legs. He only ran for 56 yards on 20 carries, but he also added 3 receptions for 70 yards. McCoy is still listed as day-to-day and if he were to miss any more games Ivory would be a decent fill in, but don’t expect big numbers from him.

Wendall Smallwood, Philadelphia – Jay Ajayi was out last week and while everyone expected Corey Clement to be the main recipient of playing time, he got outrushed and outscored by Smallwood. Smallwood finished the day with 10 carries for 56 yards and a touchdown, plus he added 3 receptions for 35 yards on 5 targets. There is some hope that Ajayi will be able to play in Week 4, so temper expectations for Smallwood unless Ajayi is out again.

Jalen Richard, Oakland – Richard is not asked to do much running the ball, but he had 6 receptions for 59 yards on 7 targets. He had 9 receptions for 55 yards in Week 1 but was a complete dud in Week 2. He will be very hard to count on each week, but he can be a decent bye week or injury fill in as long as low expectations are being held.

Tyler Boyd, Cincinnati – Boyd is coming off two very strong weeks and definitely looks to be Dalton’s number 2 target. He had 6 catches for 91 yards and a touchdown against a tough Ravens’ defense in Week 2 and followed that up with 6 catches for 132 yards and a touchdown on 7 targets against the Panthers. His 21 targets through 3 weeks gives him a nice floor and should be owned in all 12 team or larger leagues.

Calvin Ridley, Atlanta – After doing nothing in Week 1 Ridley has come on strong the last two weeks. In Week 2 against the Panthers he caught 4 passes for 64 yards and a touchdown on 5 targets. In Week 3 he was the highest scoring WR after 7 receptions for 146 yards and 3 taken to the house. If there is any chance he is still on the wire in your league and you’ve been holding onto the top waiver option, this is the week to use it. Ridley is a player that should absolutely be on a roster in any size league.

Albert Wilson, Miami – Wilson only has 8 receptions for 142 yards through three games, but he has scored in each of the last two. At this point he is definitely touchdown reliant, so don’t expect big things every week, but he could be a decent bench stash in case of injuries.

Antonio Callaway, Cleveland – Callaway didn’t really do much in Week 3 with only 4 receptions for 20 yards, but he did get targeted 10 times. With Mayfield coming in to spark this offense better days are ahead for Callaway. Look at Mayfield above to see the nice schedule that awaits this passing game.

Jakeem Grant, Miami – Grant scored 2 touchdowns in Week 3 will catch a lot of eyes, but he only had 3 targets and converted 2 of them for 70 yards. If you play in a league where you get return yardage for offensive players then Grant gives you a little bonus on that end, having scored on a 102-yard kickoff return for a touchdown in Week 1.

Christian Kirk, Arizona – Kirk had a very solid game against the Bears in Week 3, catching 7 balls for 90 yards on 8 targets. There are many that expect this offense to get a bump with the change to Josh Rosen at QB, if that is the case then Arizona will need Kirk to be a player they can count on opposite Larry Fitzgerald. He has some decent matchups ahead, but as with all rookies, expect some duds ahead.

Vance McDonald, Pittsburgh – McDonald was highly hyped in the preseason but didn’t do much in the first two weeks, while watching Jesse James have a big week in Week 2. This week it was all McDonald, as he caught 4 passes for 112 yards and a 75-yard touchdown during which he threw a vicious straight arm to bull past a defender. He will be hard to trust from week to week with James there to take some of the targets away from him.

Dallas Goedert, Philadelphia – I was very high on Goedert coming into the season but with Nick Foles in at QB Goedert got no love. That’s why it was great to see him get involved with Carson Wentz back under center. Goedert is another good playmaker on a team that is struggling to have many right now. With Zach Ertz playing opposite him he will get opportunities as the defense tries to contain Ertz. In Week 3 he has 7 targets and caught them all for 73 yards and a touchdown. He won’t do this every week, but if you are getting killed at the TE position, he is a good player to pick up.

Tyler Eifert, Cincinnati – Eifert started out the season slowly as the team limited his play count, but he finally had a decent week in Week 3. He caught 6 passes for 74 yards on 8 targets. He has always been a top TE when healthy, but it is hard to know how long he will be heathy. Plus the team has made use of all of it’s other TEs this season, so that will limit Eifert each week as well. He will be hard to count on, but worth a flier as long as he is on the field.

Rhett Ellison, New York Giants – Giants’ starter Evan Engram is listed as week-to-week with a sprained MCL and until he returns Ellison will be the next man up. Ellison only caught three passes once Engram went out, but they went for 39 yards and a touchdown. We know Manning likes to utilize his TEs, so Ellison may be a decent pickup as long as Eli plays like he did in Week 3, but that will be hard to count on.

That’s it for this week folks. Good luck with your waiver wire runs and you teams in Week 4. You can always find me on Twitter at @Fantasytaz.