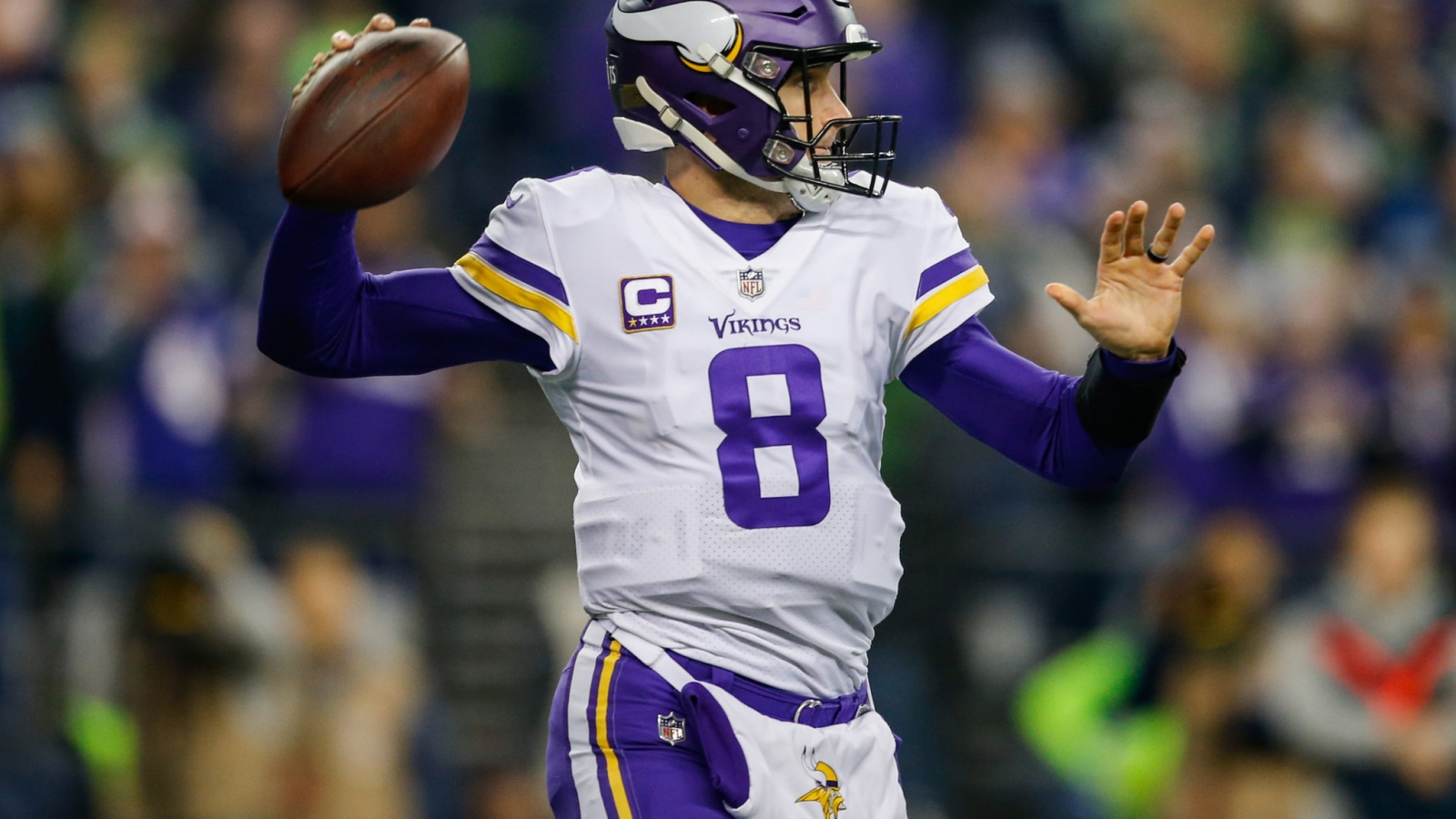 So much is happening right now with the NFL --- whether that be COVID-19 related scheduling changes, injuries to key players, or bye weeks. There is a lot to deal with this week, and your lineups might be suffering due to this. Never fear my friends; I bring you my Hail Mary plays of the week. These are players you can plug into your lineup if in desperate need and hope for the best. The players listed here have shown they have what it takes to start in a lineup one time or another. Still, they might either be less rostered than most players or just sitting on your bench, waiting for the perfect opportunity. If you are in a pickle, you may have to toss one of these guys into your lineup.

* Note - I know I missed this article last weekend. Between feeling sick and Dak Prescott getting injured, it just was not a good weekend for me.

I know it's been scary to start Kirk Cousins this season. Don't worry about that this week as we saw what he could do last week. Cousins put up 249 yards and two scores against the Seattle Seahawks and their abysmal NFL-worst pass defense. The Vikings quarterback faces an Atlanta Falcons defense that allowed Teddy Bridgewater to throw for 313 yards and two scores.

Cousins has not had a 300-passing yard game this season, but this could be the game he gets that done. Last week, Cousins may not have made it to 300 yards, but he did throw the rock over 30 times, which was the first time he has done that this year.

The Falcons are letting opposing quarterbacks have 30.5 fantasy points per game on average. With Adam Thielen in the mix, Cousins could stack up the fantasy points. Irv Smith, Jr. finally had a breakout game last contest, so there is another red-zone threat for Cousins to target. Oh, and he is more-than-likely out there on waivers if you are in a pinch (it does feel weird to think Cousins is available in this many leagues, but this season is what it is). 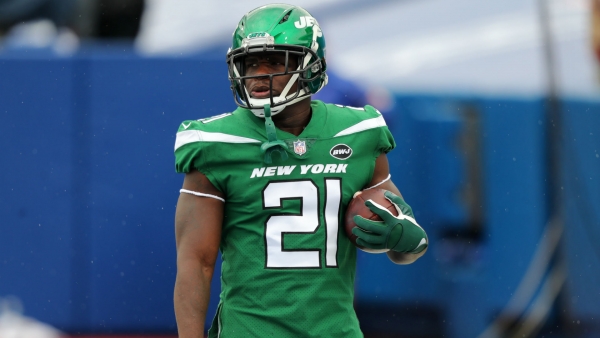 What a week when it comes to the New York Jets. They still have their head coach Adam Gase for some unknown reason, and Le'Veon Bell and his budding rap career are now in Kansas City. Usually, I wouldn't put anyone in my roster from the Jets not named Jamison Crowder. Still, we are starting to see desperate times.

Frank Gore takes over the complete starter duties now that Bell was released from the Jets. He was a starter while Gore was injured anyway, so he is comfortable in that role. Plus, the 37-year-old veteran back can still run. He has not done too much this year, having run for 204 yards while catching two-of-five passes. Gore has not scored this season either. Still, the opportunity is there this week with Bell out of the way.

Gore has had to take on the San Francisco 49ers, Indianapolis Colts, and Denver Broncos as a lead runner. This was not a Mickey Mouse schedule for him as these teams are giving up the fewest points to RBs this year. Gase might be an issue in New York, but he is letting Gore run. Rookie La'Mical Perine has not performed much better than Gore, but Gore has the experience. The Jets face the Dolphins, so Gore will have plenty of chances to show he deserves to be a lead back. 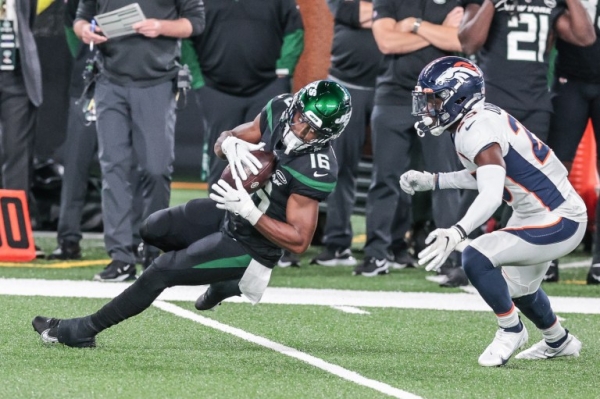 In the immortal words of one Peter Howard, "Who is Jeff Smith? I mean…" Honestly, my boy Peter is right on the money here. Smith is not a name that most people recognize, and that makes sense. But he has quietly had 20 targets over the last two weeks. You read that right. 20 targets! The problem here is Smith does not do anything with the targets his quarterback provides him, only going for 5.2 yards per target.

Smith has already seen more targets this year than all of 2019 (where he had two). The Jets need a player other than Jamison Crowder to catch passes, and Smith might be the athlete they have been waiting for. Smith has tallied five targets within the 20-yard line, meaning he has the potential to be a red zone threat. To be fantasy relevant, Smith needs to make sure he holds on to the ball.

Joe Flacco will be under center in week 6, and the game might be one where the Jets fall behind. If that ends up happening, Flacco will need to throw the ball. Smith's high upside is appealing here because if they do throw the ball, he is going to get targeted. This week, we hope the wideout can catch the ball once it is in his vicinity. Peter, maybe after this week we will not be asking who he is, but instead, we will be wondering if he is taking over Crowder's number one role. 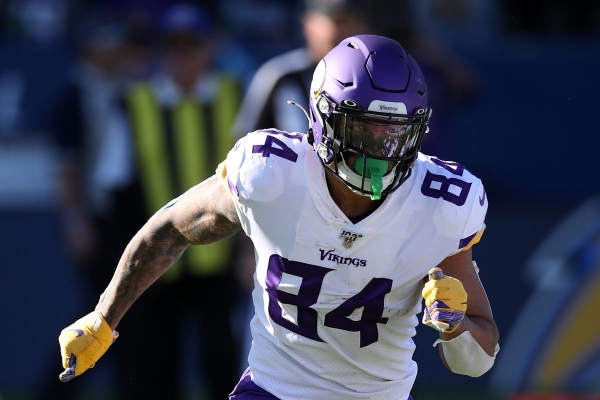 Yes, I now realize I selected players from both the Jets and the Vikings. I could not help it as these players are really excellent Hail Mary plays. Irv Smith, Jr. has been a player we have been waiting on all season, and he finally delivered in week 5. Last week, Smith had season highs in routes (31), targets (5), receptions (4), receiving yards (54), and snap share (72.5%).

This week, Smith is up against the Atlanta Falcons, a defense giving up the most fantasy points to the tight end position per game (14.7 points). Last week was the first week he has actually been fantasy relevant, so he is a Hail Mary play because we cannot be positive his play was a fluke. Still, he ended that game looking good and looking like a player that could be a real receiving threat going forward.

Being up against the Falcons is ideal for Smith as the Falcons have allowed tight ends to catch 33-of-40 passes, seven touchdowns, and 336 yards. Tight ends Greg Olsen, Dalton Schultz, Jimmy Graham, and Robert Tonyan have all looked impressive this season against Atlanta. Smith has the chance to do it big this weekend, so if you have to put up a tight end Hail Mary this week, Smith should be a guy to turn to.

As always, please follow me on Twitter @thekaceykasem. Also, make sure to follow my podcast account @getreal_pod. Geat Real Pod will be here at the end of the month and will be available on most podcast platforms.