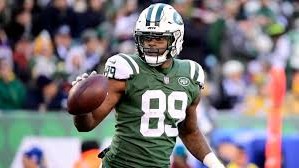 I would be cautious with Darnold and not start him for the next three weeks due to rust and playing the Cowboys, Patriots, and Jaguars. But after the Jags game the Jets play: Dolphins, Giants, Redskins, Raiders, Bengals, and Dolphins. I am happily putting Darnold on my bench to wait for those games to arrive.

Gardner continues to impress. I have seen a lot of people dumping Baker Mayfield and pivoting to Gardner Minshew. Honestly, it could be much worse! He is supporting a top 5 wide receiver in DJ Chark and Minshew finds a way to keep a high fantasy floor.

With Christian McCaffrey looking a front runner for MVP this year it’s hard to put too much value into Kyle Allen. However, he has DJ Moore who is getting better, Curtis Samuel who can be electric, Greg Olsen as a trusty veteran, and the aforementioned CMC. In 2QB leagues I am starting Allen without hesitation.

Check to see if available: Josh Allen – Has an amazing schedule coming up. I am using him in place of Carson Wentz who has a dreadful 5 week slate.

Chase Edmonds, ARI – Confidence 7-9 if he is the starter

David Johnson’s back seized up during the game, though it did not force him to miss too many plays. Given that we don’t have an update on his back other than Kliff Kingsbury saying it’s possible Edmonds plays more, and would not rule out David Johnson being Out.

Splitting time evenly with Barber, Jones is the better running back on the ground, and Barber through the air. As such, check the matchup to see if he is worth playing. With Carolina coming up, I am not willing to flex RoJo, but I still want him on my bench.

With the news that Jaylen Samuel had a knee scope and should be out for a month, we have the next man up in Pittsburgh. I am not sure Benny Snell is anything to write home about, but he can at least provide a body and injury upside in case James Conner continues to get banged up. I would still prefer to roster the high end handcuffs over Snell.

My weekly Saturday/Sunday plan is to drop the bottom of my roster (whoever I don’t see being a league winner), and pick up whichever handcuffs are available. Then on Tuesday with waivers I cut the handcuffs as needed to pick up other players, and then add them back on Saturdays. But you know your leagues and your rosters. As we get deeper into the season, handcuffs will become more valuable.

With Mason Rudolph sidelined with a concussion, who knows what Diontae’s value will be. He’s wait and see that I am willing to drop if I need to drop someone, but also I would pick up if he is available.

Daniel Jones is looking solid, and Tate offers a nice floor as he gets more acclimated to the Daniel Jones offense. He played over 60% of the snaps which is encouraging for his first week back.

Despite having a terrible matchup this coming week against the Patriots, Slayton may be a solid add this week. He had a lot of buzz coming into the season and he clicked with Daniel Jones against a solid Vikings defense. I am happy to pick him up and see what I have him in especially if he manages to have another solid performance against the tough Patriots defense.

Raise your hand if you started Tate this week? This writer did!! I got saved by a late touchdown, but that whole Bengals offense looked terrible until the end of the game. I don't mind holding on to Tate while AJ Green is out, but for now he will be on my bench, and I have no problem dropping him for someone better.

I am not sold on Pringle being a weekly starter for this team or for your team. With Watkins banged up Pringle became highly targeted by Mahomes. I think this as a result of his defensive matchup rather than something Mahomes will be doing weekly. He's worth an add, but his isn't a high priority. Hill is coming back next week (we think), and who will be left out Robinson, Hardman, or the practice squad guy in Pringle?

See Sam Darnold up above. Once Darnold is back, Robby should go back to fantasy relevance, and then fantasy stardom once the schedule opens up. Don’t wait to pick him up.

The Rams seem to actually be trying to get Everett targets since Tyler Higbee went out with an injury and gave Everett room to take control of the TE1 in this offense. I am not sold on Everett as a weekly starter, but he could be in the middle of the breakout we all kept hearing might happen. They paid him and he has the athletic ability to become a weekly TE1 rest of season.

Sensing a theme? I am big on the Jets to rebound and start scoring points. Darnold healthy with Herndon returning from suspension I expect Herndon to be leaned on, though I am not banking on that this week. After this week I have confidence that Herndon will be a mid tier TE1 with upside. If he is still available, he should be rostered in all formats.