Why your drafts always suck!

You are on your 7th beer of the evening.  An empty pizza box stares back from the corner of your buddy's garage.  Chicken wing grease covers your phone.  You just drafted the Texans defense.

It’s round 10 of your draft and things have officially gone off the rails.

You thought you started strong.  Took that running back in round 1 like everyone told you to.  Next, you scooped a solid wide receiver in the second.  Alright, now we are onto something. Then you needed a beer.  Then your wife called.  Then you needed to piss.

OK, you didn’t love your third-round pick but you’ve got a sleeper set up for the fourth.

Shit that guy was taken!  Who is left?  You are scrambling through papers and magazines.  You start to get to a point where you aren’t exactly sure who is good or even plays on what team.

“Wait, Todd Gurley is outta the league?”  “Who does Josh Gordon play for?”

Shit has officially hit the fan.  It happens every year.  You were going to study more this year.  Read a couple of articles. Do a mock draft.  You didn’t.  Instead, you are all juiced up and shirtless in a friend's yard debating if you could beat Rich Eisen in the 40-yard-dash.

This is how you change your draft fortunes and take your next step into fantasy greatness.

First of all, I’m not saying don’t drink at your draft. I’m a liquor salesman for goodness sake but we need to scale it WAYYYY back.  Skip the pre-draft shots.  Don’t tailgate for the first round.  Pass on the double IPAs.  We aren’t here to get fucked up, we are here to draft a team that will win a fantasy championship.  Drink AFTER you are done drafting.  Here’s the pro tip for drinking at the draft: Heineken Light.  Hear me out… first off it looks like you have some class and aren’t a dirty frat boy anymore.  More importantly, it’s only 3.3% ABV meaning it doesn’t hit you like other beers.  If you are crushing 5% Budweisers or 7% IPA the decision-making is going to get fuzzy a lot sooner.

Holy shit how about we do some research this year?!  Yes, that means doing a mock draft.  I have amazing friends who I love dearly but it’s like a badge of honor for them to show up as unprepared as possible to our home league.  Don’t be like my friends.  Swing over to UnderdogFantasy.com, use promo code "HUSTLE" and bang out a couple of $3 drafts.  You can even download mobile mock draft apps such as the one Fantasy Pros puts out and those take 5 minutes to finish a full draft. 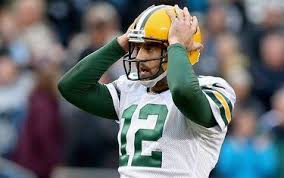 I’m not saying buy every magazine in the store or sign up for 20 pay sites but how about we read a few articles before drafting?  If you aren’t checking out FightingChanceFantasy.com daily for killer content then you are doing fantasy wrong.  Get with the program and start following smart people on Twitter also.  Fantasy is all about instant information and Twitter is the place to get it.  When news breaks you want it at your fingertips so you can make the crucial add to save your season.

Me (why aren't you already)

Next, try subscribing to the Fantasy Football Hustle YouTube channel.  We've done tons of live-streamed drafts along with our annual "Draft Plan Show."

OK now it’s draft day and you’ve got your drink let’s get set up.  I don’t need a laptop, iPad, phone, 3 magazines, and 4 cheat sheets.  Let’s keep it simple.  Have your phone, a cheat sheet, and one magazine (shout out to Bob Harris) for checking bye weeks and schedules.  For the love of all things holy bring your own pen!  If you want a computer keep it focused on fantasy.  If I had a dollar for every draft where I saw a guy's laptop turn into a porn theater I’d be a millionaire.  (I swear my friends really are good people).  But you can get lost on the internet and stop following the draft.

This leads to something many players struggle to do and it is watching the draft unfold in front of them.  If you draft at the back end of the round and think, “Well I’ve got 20 minutes to kill til I’m back on the clock” you will miss something.  Be aware of runs.  See who around you needs what.  If you need a QB and so do the next two guys on the turn maybe you take yours before they can poach your signal caller.  Simply check off every player as they are called.  I like to have positional tiers on a sheet along with an overall top 250.  This way you can see if you are missing any overall value.  It doesn’t hurt to write down a ‘wish list’ roster and try to draft to match that.  You have to like the team you walk out with.  Get your guys!

I see so many drafters get stuck after round four.  They panic and the lack of prep smacks them in the face.  Here’s where savvy owners make their moves.  You know about the depth at QB and aren’t worried about Josh Allen falling to you.  You’ve got knowledge of value tight ends like Irv Smith in your pocket so you aren’t reaching for Dalton Schultz when you should be taking your RB 2.  Letting QB and TE fall is the perfect way to build a sick roster.  Loading up on RBs and WRs makes your team balanced and full of trade bait.  You can land a QB so late the barely boozy Heineken Lights will actually be hitting you by then.

Don’t be that guy who takes a defense in round 8 because you don’t like the other players.  I swear to you a defense taken in the final two rounds will finish top 5 at the position.  Besides, it's a weekly game.  Look for teams playing shit opponents in week 1 (or rookie QBs) hello Baltimore.

Kickers matter.  They are fickle and can quickly be dropped but I like to grab one the round BEFORE the final round so I have my pick.  Say it’s a 16-round draft.  In 15 you land Justin Tucker or Evan McPherson and then while everyone is taking kickers in the final round you take a flier on another backup RB. 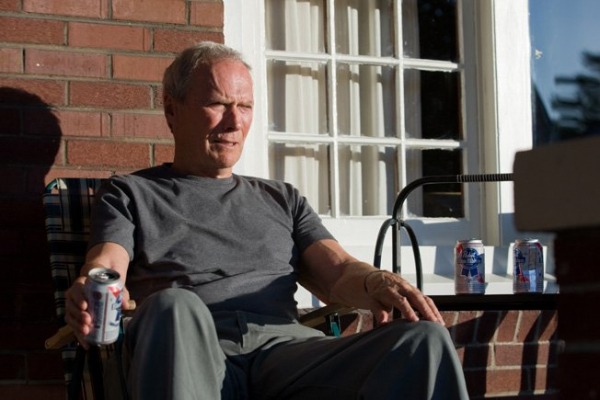 Another cheat move only works if your league rules allow it but if you can try performing add/drop after games are played.  What I mean is you draft the handcuff for the Thursday game then if nobody gets hurt you drop him and add a 1 pm game cuff.  If no injuries occur in that window you add a 4 pm player and so on for every game.  This final spot on your bench keeps churning but essentially you are trying to jump the waiver wire.  If you are diligent you can reap major rewards for it.  It doesn’t need to be a running back either.  Add the best upside player who would benefit from an injury.  For the Bills-Rams opener, I’d add guys like Kyren Williams and Jamison Crowder.  Again, rules for your league may vary but test the boundaries.  It could pay off huge!

Finally, I want you to get home safe from your draft.  As someone who lost his best friend to a drunk driver, I don’t any of you to go through that.  Use an Uber, call a cab, just be smart and plan ahead.  Nothing ruins a fantasy season (and life) like losing your license or worse.

Have fun and remember when all else fails take a running back, then take two more.  They never go out of style.  Happy drafting folks!