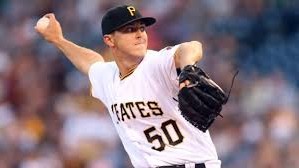 I went looking for hitters to put on the waiver article this week and I found two types of players. The first is guys I’ve already talked about in this article series. Steven Souza, Justin Bour, and Devon Travis are examples of these. The second are guys I don’t believe will continue their success. Yonder Alonso, Zack Cozart, and Lucas Duda are guys that I think will lose it over time. So, I decided to go all pitchers. Here are six pitchers that I like to be good now and in the future. It has been a long road back to health for Rodon, but the young hurler is ready to go on a rehab assignment and needs to be stashed now.

Carlos Rodon, SP, Chicago White Sox. Rodon has missed the entire season so far with biceps bursitis, and while it seemed like it would be a short term injury it hasn’t been. Rodon is finally ready to make his way back, and will make his first rehab appearance on Tuesday. And while it will likely be three or four starts which could take two or three weeks, now is the time to grab Rodon if you believe in him. He has not quite lived up to the hype thus far in his career, but Rodon is still young and has time to improve. He is a great strikeout pitchers, even if his ERA is around 4.00 and should be owned in 12 team leagues.

Jameson Taillon, SP, Pittsburgh Pirates. A month ago we got the unfortunate news that Taillon was diagnosed with testicular cancer. He had surgery pretty much immediately, and the good news is he is ready to return to a Major League mound. Now that we know he is ok, we can talk about the fantasy angle. Apparently, many of his owners must have panicked and figured that he was going to miss the season, because his ownership on ESPN is only 45%. It is rising quickly though, so if the owner in your league dropped him, grab one of the better young pitchers in baseball.

Ty Blach, SP, San Francisco Giants. When Madison Bumgarner went ass over teakettle on the ATV back some time ago, the sky was completely falling for the Giants. Well, the team wasn’t doing well before that anyway. However, they didn’t know how good the production they were going to get from Blach. He is not a fireballer, and he will never strike out ten guys in a start. Since he allowed ten earned runs on May 6th, Blach has been great. In those five starts he has allowed just a total of eight runs, and it was highlighted by his complete game shutout on Friday. He isn’t a dominant pitcher, but he is very reliable and has a place on rosters in 12 team leagues. Keep expectations in check for Ross who hasn't thrown in a game since Opening Day of 2016, but he will return to the mound and hopefully fantasy relevance

Tyson Ross, SP, Texas Rangers. This one is a bit of a risk and I’ll tell you why. You know the surgery that Matt Harvey is returning from and struggling to find his command? That is a similar issue that Ross is about to make his return from. He had one good rehab start, but struggled in the second, and walked a lot in the third. His next start will be back in the Majors. Before the injury, Ross had three very good seasons, all of which had an ERA under 3.30. He also boasts a very good strikeout rate. Pay close attention to his ability to command his pitches and not walk people in his first couple of starts, but if he is healthy he could be a great addition to your team.

Alex Meyer, SP, Los Angeles Angels of Anaheim. Meyer was a top 40 prospect according to mlb.com since 2013, but had continually struggled in his outings in the Majors. He has always gotten at least a strikeout per inning in the Minors, but he has had trouble walking too many players. He did spend a short time on the Disabled List with a back issue, but he was very good in his first start out. Meyer has given up three runs or less in five of his last six starts. He has also struck out 25 batters in his last 21.2 innings. His team isn’t very good, and he hasn’t been going deep into games, but Meyer has been sharp and could help you.

Kyle Freeland, SP, Colorado Rockies. Everyone knew that the Rockies would hit, but the question was always the pitching. Surprisingly enough, the pitching has been doing just fine thank you very much! Perhaps the biggest surprise is Kyle Freeland. While he was never great in the Minor Leagues, he was always pretty good. He was never a high strikeout kind of pitcher. However, he has remained a consistent option for the Rockies. He’s not an ace that will pitch you seven shutout innings and strike out ten. However, he has only given up more than three runs once since April 18th. As a last guy on your roster in a 12 team league you can do worse than Freeland.