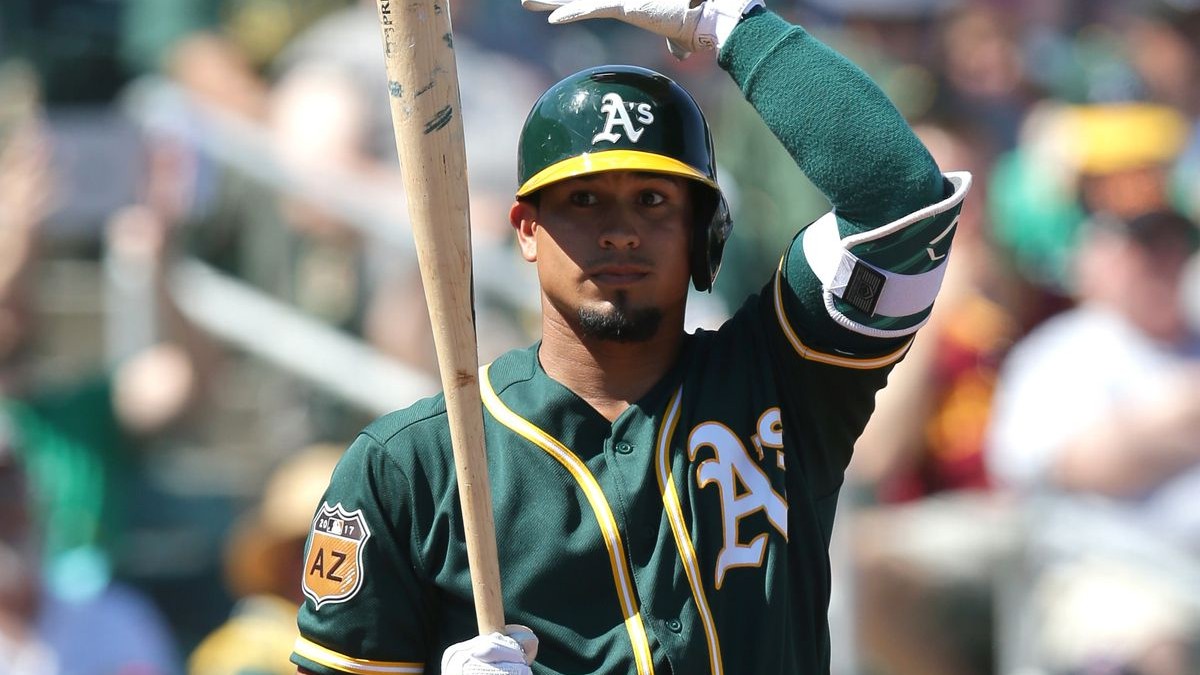 Where does the time go? It seems like just yesterday we were participating in all of our fantasy baseball drafts, and now we are entering Week 13. Not only that, but it's almost time to get started on fantasy football prep! Well, while football is right around the corner, don't let that distract you and cause you to neglect your fantasy baseball team. While other owners are distracted by stupid summer activities and football, now is the time to make a run in your baseball league. Here are some players who may be able to help you on that run!

Ian Happ is raking right now and helping a lot of fantasy teams.

Ian Happ, 2B/OF Chicago Cubs. One of the Cubs top prospects, Ian Happ, was called up in May with the expectation that it would be a short stay. However, he has played so well, the Cubs have had no other option but to keep him in Chicago. So far in June, Happ is hitting .297 with eight home runs and 17 runs batted in. With Ben Zobrist banged up and Kyle Schwarber sucking so bad he was sent to Triple-A, he's been getting regular playing time at second base or any of the outfield positions. His productivity and position flexibility make him worth a roster spot in 12, and even some ten team leagues.

Matt Davidson, 3B/DH Chicago White Sox. Where in the hell did Matt Davidson come from? Not many people, including myself, were expecting any fantasy production from Davidson, but he has come through in a big way for the White Sox. Over the last two weeks, he's hitting over .300, with seven home runs and 13 RBIs. He trails only the exalted, Aaron Judge and Cody Bellinger in home runs Over that span. Davidson has 17 homers on the season, but of the 25 hitters ahead of him, he has significantly fewer at bats than all of them. He may primarily be their designated hitter, but he should be in the lineup everyday while he's smacking the ball around like he is. If you need power, add Davidson and ride him while he's hot.

Franklin Barreto-SS, Matt Olson-OF, Oakland Athletics. A couple of the top, A's prospects are getting their opportunity in Oakland, as Franklin Barreto and Matt Olson are now seeing regular playing time. Barreto is their number one overall prospect, and in his first two games, he's four for ten with a home run and three runs scored. He has really nice power for the shortstop position and he hit second in the lineup on Sunday. If he can stay at the top of their batting order, he could see some nice fantasy production. Matt Olson has some of the best power in all of the minor leagues, but like a lot of young hitters, he has a bit of an issue with strikeouts. He showed off his power on Saturday as he smacked two home runs against the White Sox. You could also include third base prospect, Matt Chapman as well, but he is currently out of action with an infection in his knee. Here are my suggestions for waiver selections. I think Barreto is worth a waiver claim in all but the shallowest of 12 team leagues, while Olson is worth a spot in 15 team leagues. If you don't need them now, Olson and Chapman are both guys you should keep an eye on and place on your watch list.

Carlos Rodon should be back this week and is definitely worth a spot on your roster.

Carlos Rodon, SP Chicago White Sox. It looks like Carlos Rodon is finally set to return to the White Sox rotation this week (possibly Wednesday) as he returns from dealing with a biceps tendonitis issue. He has yet to pitch in a MLB game this season, and has looked rusty in his four rehab appearances, but he's a promising, young pitcher that can strikeout a batter an inning. He has more upside than most other pitchers than may be available in most leagues, and if you want to have him, you better move fast as he will likely be scooped up quickly once people realize he's near ing a return.

Mike Montgomery, SP Chicago White Sox. With Kyle Hendricks battling hand tendonitis, Mike Montgomery has gotten the opportunity to move from the bullpen to the rotation, and he's made the most of it. He's been able to increase his workload over those three games and it culminated with a six inning shutout of the Padres last Tuesday. Yes, I know it's the Padres, but it's still a nice effort. He has an ERA of 2.26 on the season and should get plenty of run support from the Cubs, where he could offer a fair amount of wins as well.

Blake Snell, Tampa Bay Rays. If you like strikeouts, Blake Snell might be the guy for you. Snell is a highly touted prospect for the Rays, who struggled early in the season, but is set to return to the rotation this Wednesday. His lack of control caused his MLB ERA to almost reach five, but maybe his time in the minors has helped. He pitched 44 innings and had a 2.66 ERA with 61 strikeouts versus 15 walks. He's more of a flier guy who you can use as a streaming option, but he does offer some upside for the end of your fantasy rotation.