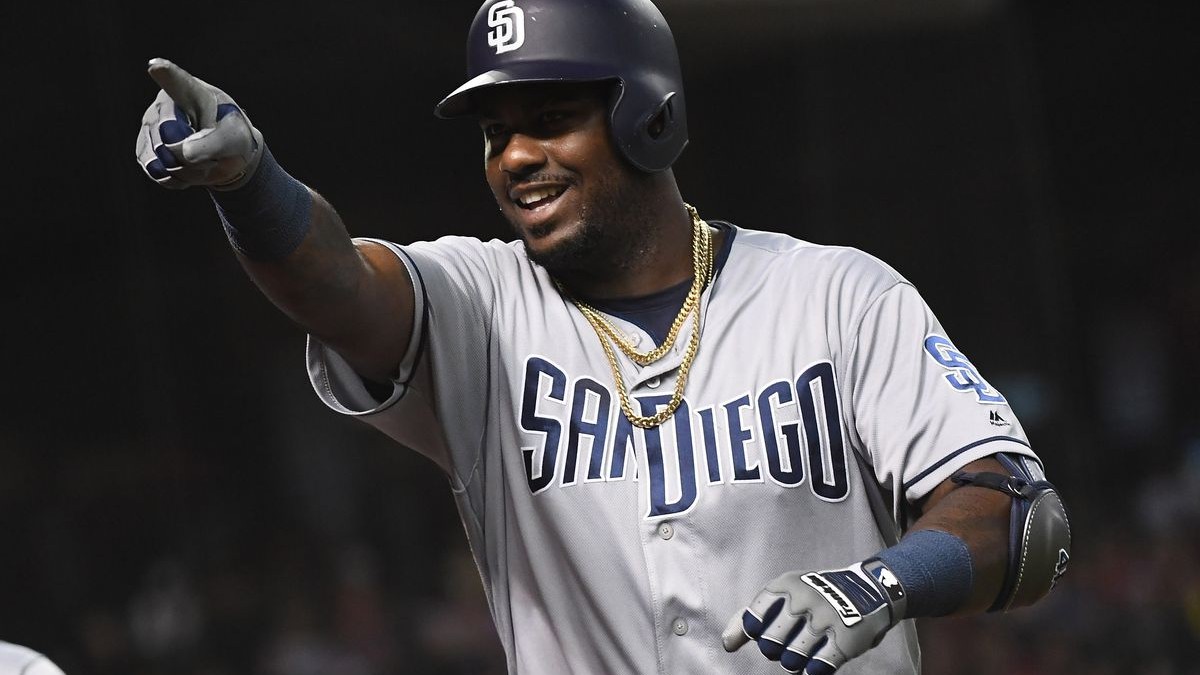 I'm going to tell you a little bit about my weekend. Friday, I mowed my lawn. It was a little chilly, but very sunny. I burnt the bejesus out of the top of my head. Hurts like hell to even touch it. Saturday, I did a little grocery shopping. As I was pulling the grocery bags out of my car, I threw out my back. I look like a 90 year old man anytime I try to stand up. I'm too young to feel this damn old.

Even though Friday and Saturday were shit shows, that doesn't mean I'm ready to throw away the rest of my weekend. I'm ready to turn my luck around with some successful waiver/FAAB runs tonight in my fantasy baseball leagues. I'm also ready to help you turn you shitty weekend around (if thus weekend has been as shitty as mine) as I share with you some of my top targets for the upcoming week. Enjoy!

Last week, Ryan (@fightingchance) mentioned some players who for some reason are still less than 50% owned on ESPN. I won't double dip and writeup the same players again, but if any of these guys are still available in your league, you should take a serious look at yourself in the mirror and ask why?

If you need power without sacrificing average, Franmil Reyes is your guy. Reyes is now hitting .265 on the season with 14 dingers, including four home runs in his last six games. I really wish you would just pick this guy up already...what's wrong with you???

This is the part of the article where we start to introduce some young blood. Teams are starting to call up their top prospects and that begins with the Braves calling up Austin Riley. The third baseman is going to be playing left field while Ender Inciarte is on the IL with a back strain. Riley has hit for good average in the Minors and has smashed 15 home runs in his 37 games at Triple A this year, and with two home runs in his first four Major League games, he could earn regular playing time even after Inciarte returns. 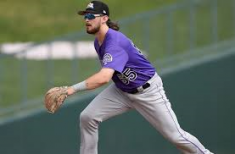 It's about time that we see Brendan Rodgers in Colorado.

It seems like I've been waiting for ten years to see Brendan Rodgers play in Colorado, but because of the Rockies absolute disdain for prospects, we haven't gotten to see him until now. With Ryan McMahon struggling and Garrett Hampson in the Minors, Rodgers has the opportunity to earn the full-time second base gig. He has the potential to be a 15-15 guy his first year and playing in the friendly confines of Coors field definitely doesn't hurt.

With Travis Shaw going on the IL, the Brewers are turning to rookie Keston Hiura to fill their second base opening. So far he lit up Triple A as he hit .333 with 11 home runs and four steals in 37 games. The only thing that worries me is he isn't a very good defensive players, so if he struggles in that area, he may get sent back down once Shaw returns, but he has the bat to be an impactful fantasy baseball player.

If you need steals, Jarrod Dyson should be a priority for you this week. He's currently hitting leadoff for the Diamondbacks with a .284 batting average, .395 on-base percentage and is tied for third in steals on the season with 12. Make sure to put in a claim for Dyson on this week's waiver run...unless you're in a league with me.

Another player you may want to look at if you are in need of saves, is Indians prospect Oscar Mercado. The young speedster has 14 steals in Triple A this year and has had at least 30 stolen bases in each of the last four seasons. I am concerned that he's sat the last two games when the Indians faced righties, but if he can earn every day, or at least close to every day playing time, his speed could give him fantasy value in deeper mixed leagues. 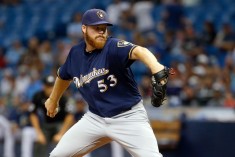 Brandon Woodruff has been red-hot as of late as he has four straight games where he has not given up more than one earned run, has averaged almost seven strikeouts in those games and earned a win in all four. If you need a starter, Woodruff should definitely be a top target for you this week.

If you haven't heard of Chris Bassit because of your stupid East Coast bias, let me introduce you to him. So far in five starts for the Athletics, he is 2-1, has a 1.93 ERA, a 0.92 WHIP and has struck out 38 batters in a little over 32 innings. While he won't keep up this ridiculous pace, you should definitely take a look at him and ride the hot hand...or in this case, hot arm.

Another hot pitcher you may want to look at is Jordan Lyles from the Pirates. On the season, he is 4-1 with a 1.97 ERA, 1.05 WHIP and has 47 strikeouts in 45.2 innings. In his last four games, he hasn't given up more than two earned runs, and should be looked at in 12 team mixed leagues.

It looks like Cody Allen is a thing of the past, and that has opened up an opportunity for Hansel Robles to seize some save opportunities in Anaheim. He now has five saves on the season and that includes three in their last four games, so make sure to add "Gretel's bae" to your list of waiver claims.

I know that the Rays have Jose Alvarado around, but they don't seem to care when it comes to saves as Diego Castillo has been getting his fair share of opportunities to close out games. While he would be below the likes of Luke Jackson, Steve Cishek and Hansel Robles on my list of possible available closers, if you need saves, Castillo may be worth a flier in deeper leagues.