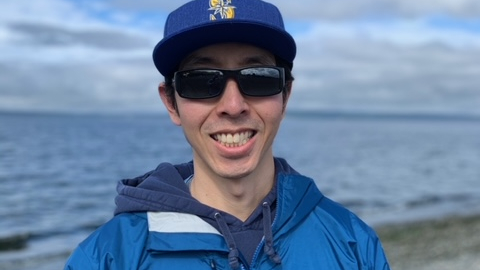 Writing About Fantasy Sports Is Harder Than I Thought

Writing and analyzing fantasy sports isn't easy. I lacked any awareness of what it took to write, podcast, and analyze baseball and football into understandable written or spoken words. However, I quickly realized it takes work, and it's harder than I thought.

It all started in March of 2020, where I stumbled upon a baseball writer on Twitter mentioning to reach out to them for some guidance on getting started. I emailed that baseball writer with questions and exchanged emails. Thankfully, he answered and responded to my questions with some guidance and advice for an aspiring fantasy sports writer with zero experience other than playing the fake game. In a way, he mentored and advised a total stranger (me) that gradually developed a passion for fantasy sports writing.

Experience As a Player

My experience as a fantasy player, particularly with baseball, isn't extensive. Like many, I mostly played fantasy football throughout college and beyond. With fantasy baseball, I dabbled in 2012 or 2013 in the prime Robinson Canó years as my first taste. Then didn't play again until 2018 during one of Andrew Benintendi's best seasons. My first time playing in a rotisserie league came in the shortened 2020 season - the same season I started creating content.

Since I started before/during the pandemic, I had added time on my hands to take up a hobby and see where it would lead. There's no manual to analyze baseball or football. I quickly realized there's more to fantasy sports analysis and writing than setting lineups, making waiver wire pickups, and discussing trades. Admittedly, I had no clue about FanGraphs or Baseball Savant before 2020.

I often would listen to podcasts asking myself - what's BABIP, wOBA, Air Yards, and High-Value Touches. Although some sites have a handbook for writing guidelines, there isn't a how-to manual on this fantasy analysis gig. I partly learned via podcasts, reading articles, and spending hours on FanGraphs, Baseball Savant, PlayerProfiler, RotoViz, and others just clicking and sifting around to familiarize myself. We all learn in different ways, and I learn by doing and asking questions.

I asked Alex Fast how to find swinging-strike rate by each pitch because I often would hear about it on podcasts but couldn't figure out how to find that myself. I found many folks, including Alex Fast, Eno Sarris, and Derek VanRiper, would take the time to answer any Twitter direct messages or emails regardless of follower count. Just like anything in life, it's about filtering through the information and figuring out what works and vibes with you.

Growth is painful but staying in the same place is more painful.

As a teacher, one core value involves being a lifelong learner. That applies in fantasy sports, writing, lifting, or any other aspect of life. There's a saying that goes something like if you think you're an expert, then you're probably far from it. The takeaway - learning and knowledge doesn't have limits. Often throughout my experience as a student, teacher, athlete, and adult, I ran into moments where I realized I had no clue about topics and information. That still stands true.

One of my first fantasy football articles on PlayerProfiler involved an argument, don't draft A.J. Brown due to efficiency regression. In reflecting, that was an awful article with flawed analysis. In 2020, Brown would finish as the No. 7 receiver with 17.2 fantasy points per game in PPR leagues. I didn't account for Brown's prospect profile, natural growth, and efficiency leading to improved volume and production. 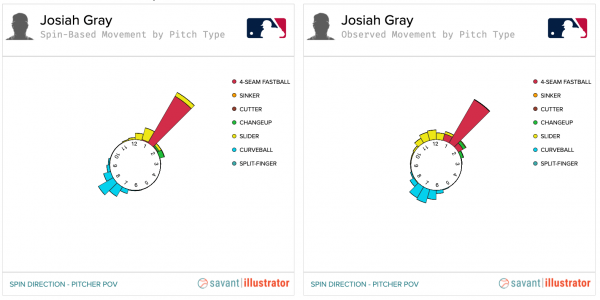 Almost two years into this game of writing and creating content in fantasy baseball and football, I've learned so much, but there's still so much more to learn. I still joke that I stare at the Baseball Savant spin direction visuals and could stare at it for hours thinking what's going on there.

As we head into the weekend, I wanted to thank a few folks for always listening and being good people. 🙏🤙

Thankfully, I've met several folks that will give me unfiltered feedback and guidance in life, fantasy, writing, and more. I've always appreciated feedback to learn and grow, and it's something I emphasize with the content managers and editors for sites where I contribute. I prefer understanding what I need to fix or suggestions on improvement more than a pat on the back. One thing my dad taught me growing up involved the idea of not looking for others for appreciation or validation. He would tell me that I should feel proud of my work and what I do without expecting someone to provide a positive response.

Overall, writing, podcasting, and analyzing fantasy baseball and football isn't easy. Behind the scenes, there's a ton of time spent researching, writing, editing, creating tables/visuals, making notes, and sometimes scrapping the hours spent. Also, several late nights, early mornings, sacrifices, and shifted priorities, given the responsibilities we choose to take on. Although some of that sounds not fun, we develop relationships, make connections, and continue to learn/love this hobby we call fantasy sports that makes it worth it.

As a long-time lifter of weights and passionate about exercise, consistently putting in work and repetitions became a habit. When I emailed and messaged several folks in the fantasy sports space, several pieces of advice involved being consistent and getting reps in. I have somewhat of an addictive personality, where if I find something I'm passionate about, I'll pour hours and hours into that topic. Although I tell myself to find "balance," sometimes there's no balance, but rather an adjustment in priorities based on our life and what's going on. We'll see how long I stick with it.

When COVID-19 hit and with the 2020 baseball season delayed, I wrote up weekly fantasy baseball articles for the Fantasy Life Blog to get those reps. In looking back, it's cringeworthy but good to reflect on the start of the journey. Since that point, I've written for ten different fantasy sports blogs/sites, six of which I'm with to this day. Hopefully, the process and reps improve over time, even within a single season.

The Goal or The Why

As a youth, I made many, many mistakes. Sometimes I reflect on moments where I should've put forth more effort in my educational and athletic career. At the time, I didn't have the drive and passion. However, I thrive on negative feedback at times. I still recall a moment when someone told me in high school that I would never attend a four-year college or amount to anything given my track record. Or that time, I struggled to bench 95 pounds. Part of that mindset involves proving folks wrong and proving to myself that positive results can happen if you put in the work.

Often, I'll stumble upon full-time jobs/careers in the fantasy sports world. However, I love my day job, and I enjoy writing about fantasy sports as a hobby with some income. When I started, the goal or why didn't involve landing a full-time gig, rather, learning and growing my writing/analysis. That's still the goal today, as I don't intend to leave my day job anytime soon. Although I don't have a set goal in mind, it involves learning/growing plus developing relationships and connections along the way.

Part of why I continue to write about fantasy sports includes the positive distraction away from other stressors of life, work, etc. Around when I started writing in March of 2020, a close family member passed. Then throughout 2020, I lost three total family members. I'm typically not an emotional person, but admittedly, I got emotional. Writing and researching baseball and football helped take my mind off the pain and sad thoughts that passed through my mind. It's easy to spiral into the what if's. We all cope with stress, loss, and anxiety differently. I quickly realized that writing helped me cope and take my mind off of any life stressors for brief moments in time.

Further goals include developing as a fantasy player in home and industry leagues. In my first year in The Great Fantasy Baseball Invitational (TGFBI), I finished second in the league. Unfortunately, we don't have mid-season titles for the Overall Earth league as Dave McDonald took down the championship after I led for the first couple of months. Although I won the WERF league, there's always room to grow. The cool part about these regional leagues involves chatting with and interacting with other writers and fantasy baseball players. I'm still new to the rotisserie style format and hope to improve as a fantasy baseball player since it's the game we love. Overall, I'm just a person that loves fantasy sports and writes about the game with goals to learn and grow.

I want to thank several folks, including Brian Drake, John Psilas, Joe Drake, Dave Swan, Blair Williams, Chris Clegg, Eric Cross, and Doug Ishikawa. Brian helped provide an opportunity for me to do my first podcast with John Psilas, plus baseball and football videos/podcasts. He invited me onto the SiriusXM Fantasy Football Show over the weekend. I never would've imagined that opportunity.

Making the #FantasyFootball playoffs often means finding a diamond in the rough. Today 3-5 EST on @SiriusXMFantasy I'm bringing on some of the best-kept secrets in fantasy to help you set a winning lineup.

Joe Drake answered a direct message about exercise science-related topics, and I continue to pick his brain about anything baseball and life-related. Joe is an underrated writer, podcaster, and baseball mind in this space. Remember the name Joe Drake because he's grinding. Dave and I connected when we landed at the same site. Then, again reconnected at FantraxHQ. Like Joe and Brian, I've developed a relationship with Dave going beyond just sports. We go back and forth on anything sports-related, especially FAAB.

In the early parts of the pandemic, Doug and I drafted a dynasty baseball team together. That's the start of a glorious relationship with one of the smoothest hosts and voices on the mic. Too bad I didn't listen to Doug on Quinn Priester (insert sad face).

Blair is another underrated voice in the fantasy sports space and funny as hell. Thankfully, Blair listens to my stupid questions with humor and understanding. He's a genuine person that's sharp as heck. It's surreal to work with Eric, and thankful he and Doug brought me onto FantraxHQ. Like Dave, Chris and I started at another site then reconnected at Fantrax. Somehow, a year plus later, we still write words on baseball at Fantrax. Chris is a positive person, and I'm thankful for that friendship, as he skyrockets in the fantasy baseball world.

Another well-known and kind brother in the fantasy baseball space worth mentioning includes John Fish. About a year ago, we chatted on a video call on New Year's Eve for a long while. Fish continues to host these throughout the offseason, and they've been a fun time. He represents the word community. These final takeaways and noted relationships keep us going.

Hit me up on Twitter @corbin_young21 if folks want to chat fantasy sports or chat about getting started in the fantasy sports space. I'm just a guy that loves playing fantasy sports that happens to write and talk about it too. Whenever I think about or see the talks about "making it," I feel like I already made it. Never in my wildest dreams would I have expected to write and contribute to these sites, let alone do it for almost two years.